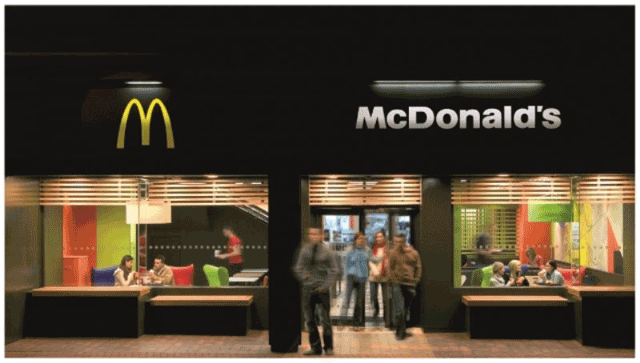 Share via
The move comes two weeks after the fast food chain announced a Brit would be taking over the position of global CEO. Steve Easterbrook, who had previously served as financial reporting manager in London before working his way up, took up the reigns from Don Thompson – who had been in the job for 25 years. Commenting on his promotion to UK MD, Pomroy said: “I am really looking forward to the opportunities we have ahead and to build on the strong and sustained performance of McDonald’s in the UK. “To do this we will keep listening to our customers and build greater affinity with them to make sure they enjoy great tasting food made from quality ingredients, good value and a fun experience every time they visit our restaurants.” In 2014, McDonald’s pledged to crate 8,000 new jobs in the coming three years, building on the 100,000 already employed as part of the company’s operation. McDonald’s operates a part-franchise model, with 70 per cent of restaurants in the UK owned and operated by local businessmen and women. The UK has 1,200 McDonald’s sites and claims to serve three million people a day. Read more about McDonald’s: In January the business launched a new campaign to “drive recognition and promotion of soft skills” alongside former Dragons’ Den investor James Caan. Research compiled by McDonald’s found that soft skills are worth £88n to the UK economy, but that by 2020 more than half a million workers will be “held back” by a lack of them.

Going forward, Pomroy will report to North West Division president and CEO Jill McDonald. She said: “Paul is a strong, highly respected leader with immense knowledge of our business and a burning passion for the success of our brand. “He has been part of the UK executive team that has led the sustained success of the UK business over the last eight years, which gives him a strong understanding of what our customers, our people and our stakeholder community want and expect from McDonald’s.” Pomroy was made UK vice president finance in 2008 and then senior vice president, CFO in November 2012. His role then also included managing the McDonald’s supply chain in the UK. By Hunter Ruthven