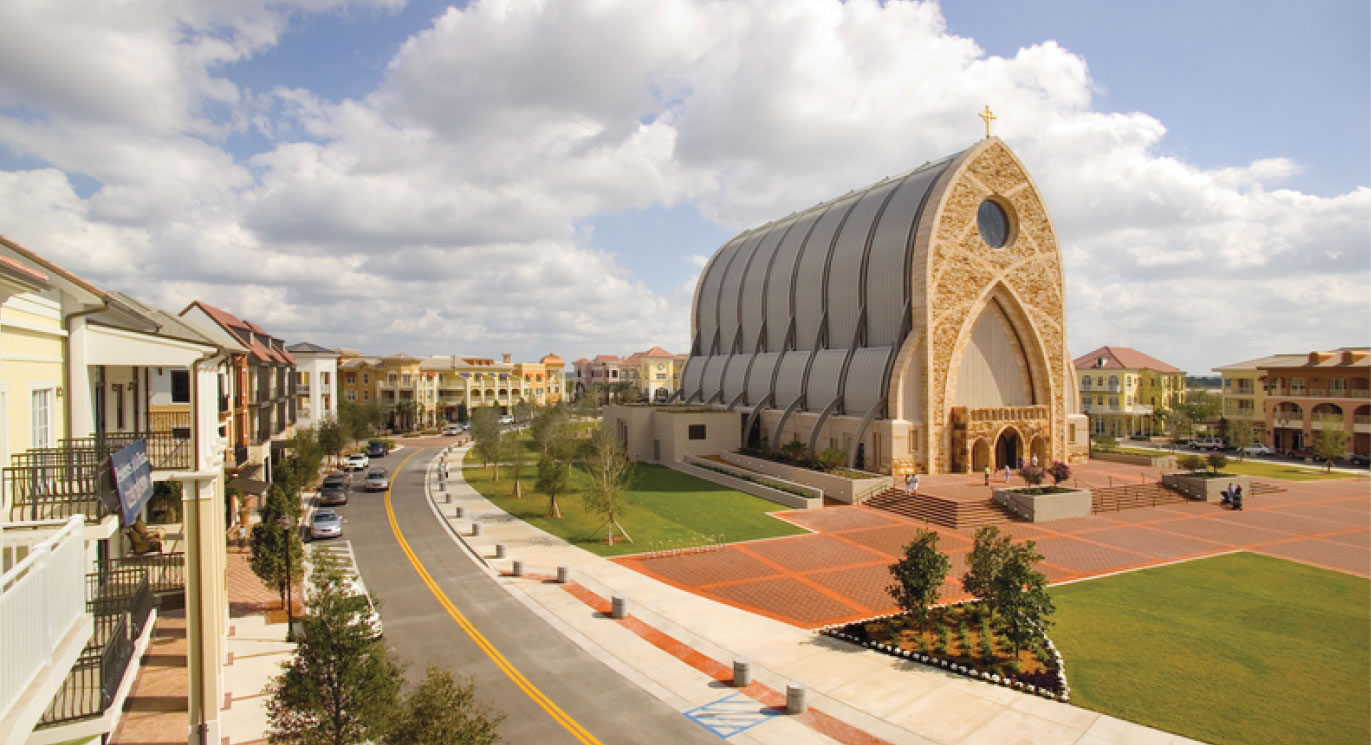 Building their own town is not what’s expected of many CEOs after they leave a company. And while for some it may not seem an odd concept to grasp, many have bestowed upon the incredibly isolated town of Ave Maria the title of “project gone wrong”.

In announcing his plans for the town in 2004, Monaghan said: “There is not going to be any pornographic television in Ave Maria. If you go to the drug store and you want to buy the pill, condoms or contraception, you won’t be able to get that in Ave Maria Town.” Ave Maria has since grown into a religious-centric town funded in large part by the former Domino’s Pizza CEO himself. Its “crowning glory”, Ave Maria University, was founded withthe aspiration of bringing religion to public life,hopingto mould the futurefaithful educators, leaders, and mentors that our challenged society needs. The university’s website read: “This is perhaps the single most vital task for Catholic academicians: to explicate the truths of the faith, and measure against them the evolving societal propositions or practices in politics, the arts and the economy. Some 50 or more years ago, they included Marxism, Nazism, and Freudianism. Today they include abortion, fetal research, cloning, same-sex marriage,” moral relativism, and world terrorism.” However, its gained a lot of criticism, with even some of those living there having gone to the press. “You only find this type of system in fascist regimes,” Stuart, a conservative Catholic writer and blogger, allegedly suggested. “What’s going on here isn’t Catholicism. This town is built around the idiosyncrasies of one man: Tom Monaghan. It’s madness.” But despite a spate of nay-sayers, many religious families moved in when they heard of it. And asked why he went on to create such a place after life at Domino’s,Monaghangives the same answer every time: “I want to go to heaven and take as many people with me as I can. I can’t think of a better way to do it than through Catholic education.” On the other hand, Jamshedpur, created byTata Group founderJamsetji Tata, was created with the aim of solving a practical problem: the resources needed to make steel, in the form of coal, iron ore and running water, were stuck in the middle of an isolated forest. He also wanted to create a town with good schoolsAnd sports facilities so as to prove that India was capable of economic independence. He spelt out his concept of a township for the workers at the steel plant in a letter he wrote to Dorab Tata in 1902, five years before even a site for the enterprise had been decided. “Be sure to lay wide streets planted with shady trees, every other of a quick-growing variety,” the letter stated. “Be sure that there is plenty of space for lawns and gardens. Reserve large areas for football, hockey and parks. Earmark areas for Hindu temples, Mohammedan mosques and Christian churches.”?