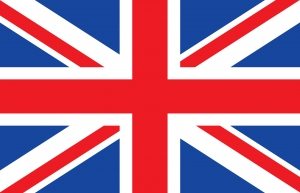 Surrey-based Robore is a diamond and concrete cutting and company, working predominantly with the construction industry. It was established in 1986 and now employs over 140 people. According to its last balance sheet, the group has £2m in cash in the bank, which leaves the four directors (each of whom owns 25 per cent of the company) well placed to take advantage of any upturn in the construction industry.

One of the more pleasant aspects of researching the Hot 100 is the surprise discovery of profitable, well-run businesses in out-of-the-way places. Afonwen Laundry is just one such business. Situated in North Wales, Afonwen claims to be the only laundry and linen-hire operator covering the whole of Wales, the North-West of England, the West Midlands and South-West England with clients including Best Western, Crowne Plaza and Holiday Inn on its books. Sister company Whiteriver Laundry covers the whole of Yorkshire. Afonwen Laundry was founded in 1935 by the Owen family and subsequently bought by the Woolfenden family in 1976, in whose hands in still remains. In the spring of 2008, an ambitious £5m investment programme was announced with the support of the Welsh Assembly Government. In 2009 some 258 staff were employed ­ welcome news in an area plagued by unemployment. The money has been used for a state-of-the-art production centre, which opens later this year. Turnover stands at £13.6m.

Long-established Dunns of Long Sutton goes as far back as 1834 and is now a major independently owned UK seed company, which also specialises in premium-quality edible beans and peas. As befits an agricultural firm, Dunns is run on admirably conservative business lines. In the year to July 2009, turnover reached £16m and pre-tax profits were a more than respectable £2.473m. The highest-paid director was only paid £117,000 and they have over £1m in cash in the bank. At a time of widespread doom and gloom about the economy it is heartening to see a basic agricultural seed-supplier doing so well.

Brydol, based in Hampshire, is a joinery and shopfitting specialist company, manufacturing everything from custom staircases and bookcases to entertainment centres, podiums and bars. In the words of its website: “if you want it made, we can do it!” Recent Brydol projects include: installing Early Learning Centres in Mothercare, new Schuh stores in Dublin and Limerick, and Micro-Anvika’s stunning new store in Westfield-London’s newest shopping complex at Shepherd’s Bush.

Barworks is a fast-expanding chain of bars and diners with exotic – or just plain strange – names like The Slaughtered Lamb, The Electricity Showrooms and The Black Heart. Based in super-trendy Hoxton in North London, the company is the brainchild of two Swedes, Anders Akerlund and Patrick Franzen, and Briton Mark Francis Baum. Last year, Barworks made pre-tax profits of £434,000 on sales of £6.4m. Each separate business within the group has a fully equipped bar and restaurant trading from leasehold premises located in or close to central London.

Seetec Business Technology Centre is another of the select handful of companies who also made last year’s Hot 100 list. In fact, despite the ravages of the recession, this recruitment and training company comfortably made it into our top 20 again. Founded in 1984, Seetec, based in Essex, has become one of the largest and most experienced providers of government-funded welfare to work and skills-training programmes. The company employs more than 500 people across a national network of 50 employment and training centres, and helps thousands of people each year to find work or gain qualifications through a diverse portfolio of employability or skills contracts. Last year, Seetec pulled in £21.2m in sales and profits of £2.112m. This enabled the company, which is 56 per cent owned by founder Peter Cooper, to pay total dividends of £990,608. Some ten per cent of the company’s shares are owned by an employee trust.

In the early years of the mobile phone boom, canny businessmen such as Charles Dunstone of Carphone Warehouse and John Caudwell of Phones4U made quick millions by taking advantage of the fact that the communication giants had failed to monopolise the new medium. Although the next phases of the mobile revolution failed to throw up such vast fortunes, London-based mytxt proves that there’s still gold in them thar mobiles. In the year to January 2009,the sole directors and shareholders in mytxt – husband-and-wife team Chris (35) and Corinne (36) Hunter from Batley in Yorkshire – saw turnover of the company rise to £7.9m and pre-tax profits to £1.2m. The pair only paid themselves a measly £11,700, but withdrew a whopping £708,750 each as dividends.

Kent-based Willerby Landscapes was founded in 1983 and specialises in the installation and ongoing maintenance of hard and soft landscape schemes, including water features. Their specialist facilities include a nursery for the containerisation of semi-mature trees. Specimens up to 14 metres in height and with girths in excess of 1.2 metres are regularly handled. In 2009, turnover hit £9.059m with profits of £951,000.The company was able to pay a dividend of £364,500 (and £889,500 the previous year) – good news not only for the directors but also for the employees whose trust owns some 20 per cent of the company.

Service station operators Motor Fuel recorded turnover of £122m in 2008 but, illustrating the poor margins of the fuel business, only recorded a pre-tax profit of some £75,000. However this was after its two owners Simlesh Ramchaddas Sejpal and Sharad Mohanlal Raja had shared salary and pension contributions of £870,000.The company operates 23 sites ranging from Eastbourne on the south coast to Doncaster in the north and they retail a range of tobacco, confectionery and household goods. As their last annual report suggests, the main problem facing fuel retailers is “the volatility in the price of oil”, but now that there are signs that the world economy is finally picking up, the future looks a little brighter and Motor Fuel’s owners will be looking to reduce 2008’s hefty interest charges of more than £900,000.