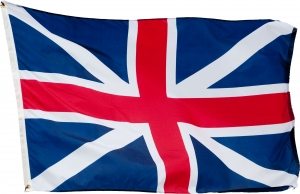 Liverpool-based CAN Holdings provides engineering, inspection and maintenance services to the oil and gas, construction, civil engineering, marine and structural maintenance industries worldwide. Headquartered in Aberdeen, it employs 120 staff. CAN Group?s growth has been as spectacular as some of the recent leaps in oil prices, with turnover jumping from ?561,000 in 2006 to ?63m in 2009. Impressively, the group has ?6.3m in cash, and shareholders? funds of more than ?30m.With admirable understatement, sole owner Mike Freeman argues that he ?is confident the business can continue to grow in the forthcoming year and beyond in what is a competitive market?.

Leeds-based Troy Foods is a family-owned food-processing company. Founded in 1932 as fruit and vegetable wholesalers, it started processing potatoes in the early seventies and, a few years later, sold the wholesaling business to concentrate on processing vegetables to supply ready-meal businesses. It has since added prepared salads, coleslaw and mayonnaise to its production line. The business is currently seeking planning permission to extend its 28,000sq ft factory by a further 10,000sq ft. With 2009 sales of ?20.3m and a pre-tax profit of ?512,000, owner Mike Sprockley felt confident enough to take his first dividend for years ? a healthy ?300,000. All the company needs now is a decent summer, as much of its sales are barbecue-driven.

Lee Longlands is a name well known to the people of Britain?s ?Second City?, Birmingham. For four generations, the company has been supplying people all over the Midlands with quality, stylish furniture. Established back in 1901, this ?16.4m-turnover business is now run by the latest member of the Lee dynasty, Rob Lee.

Benfleet-based Writtle Holdings is an investment and management services company. The latest business in the group, Less Packaging, was launched in January this year and aims ?to reduce and optimise packaging throughout the supply chain?. Under chairman Robert Essex, turnover has jumped from just ?516,000 in 2006 to ?28m in 2009. The company prides itself on giving management teams an ?authentic sense of ownership and incentive?. Writtle Holdings own share structure bears this out with no single person dominating the list of equity holders.

This West Midlands-based engineering group specialises in an unusual mix of interiors and aerospace. Another name for the group could be the Two Steves Group: the chairman and 75 per cent owner of the group is Steve Hayes, while finance director and owner of the remaining 25 per cent is Steve Wain. The two Steves have seen turnover and profits rise gratifyingly over the past few years, from ?874,000 in 2006 to ?47m in 2009.

Long-established Rimex Metals Group has been producing surface finishes on stainless steel and other metals since 1959. The group, which has manufacturing facilities in the UK, the US, Australia and South Africa, is controlled by Keith Childs, who paid himself ?315,281 (including pension contributions) in 2008, and received the lion?s share of the dividend of ?66,000.

For the second successive year, the ES Group features in the Hot 100?s top ten. You?ve probably spotted the firm?s fleet of trucks criss-crossing the UK, mostly transporting the bulky outdoor stage equipment so beloved of pop stars. The group defines its activities as ?transport, outdoor staging and production services to the entertainment, conference, exhibition and corporate presentation industries worldwide?. Surprisingly, given the recession, business is booming: in 2008 it made ?2m on sales of ?36.3m. Managing director Tim Norman puts the company?s recent success down to London 2012 projects and the ?aggressive? growth of the music sector.

Elite Telecoms is another Hot 100 veteran. Based in St Helens in Lancashire, the company pulled in sales of ?14.6m last year ? impressive in the fiercely competitive world of telecoms. Matt Newing, still in his thirties, is the founder and owns 66 per cent of the shares. He paid himself a total of ?378,000 in 2009 (including pension contributions). Employing 170 people, the company also supplies a range of security products and services, including call queuing and video conferencing facilities.

Amicable Building Assistance is a property maintenance and repairs company based in Tadworth, Surrey. Amicable only has one director and shareholder ? Reza Mofidi. In the year to August 20, 2008, turnover was ?7.9m and the company made pre-tax profits of ?776,000. Mofidi only paid himself  ?52,220 in 2008 but he also took a dividend of ?93,500.  Image source