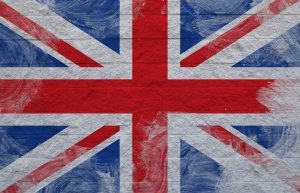 powerPerfector is one of the new generation of UK businesses, set up to help deal with the challenges of looming environmental changes. Set up in 2001, powerPerfector sells patented energy-saving equipment to clients including Tesco, the NHS, DECC and Defra and claims to reduce electricity consumption, energy costs and carbon footprints by up to 20 per cent in one easy installation. The company proudly boasts ?no unit has ever been known to fail?. Turnover hit ?11.6m last year.

Based just outside Bristol, Clifton has offered specialist financial services to businesses and individuals since 1986. Core specialist fields include business funding, wealth management, exit strategies, tax advice, employee benefits and individual and corporate protection. Last year the company made ?96,700 on sales of ?5.014m and paid a dividend of ?66,000.

London-based Endava is an IT services company, employing more than 600 people in the UK, the US, Romania and Moldova. Founded in 2,000, clients include UBS, Cable and Wireless, ITV and Alexander Mann Solutions. ?The economic downturn has presented new opportunities for us, as large organisations outsource IT systems to reduce costs and improve efficiency,? says chief executive John Cotterell. ?With delivery centres in Eastern Europe, we?ve benefited from the changes in the offshoring landscape and the consequent emergence of Eastern Europe as a top destination.? He says the next challenge is to grow the business to employ 2000 people.

The presence of a Chinese food company in our Hot 100 is testimony to the changing gastronomic habits of the population. Based in Gloucester, Yip Shing made pre-tax profits of ?251,000 on sales of ?5.073m last year. Total payment to directors in 2009 was just ?5,262 ? although they did allow themselves the luxury of a dividend-of ?30,000.29.

Cheshire-based Banner Chemicals Group consists of Samuel Banner & Co, Prism Chemicals and MP Storage and Blending ? with activities ranging from chemical distribution to the processing, packaging and blending of chemical producers. Established back in 1850 by Samuel Banner (who is said to have been the inventor of white spirit), the company today turns over ?77.6m and is controlled by Mordechai (Motty) Kessler. Seventy-five-year-old non-executive director Ieuan Thomas also holds a significant stake.

C Brown Steels is a West Midlands-based steel stockholder and distributor. The company was formed in 1946 by Cecil Brown, who started selling steel from a small bedroom in his house. In November 2005, the third generation of the Brown took over the control and running of the business ? and Cecil?s bedroom-based business has blossomed into a ?51.3m-turnover operation.

Started in 2001, Essex-based Pipetech Design & Construction covers everything from design, mechanical and electrical services, air conditioning and fabrication. Turnover in 2008 was ?7.114m and pre-tax profits were ?502,000. Ownership of the company is split equally between the four directors who split a dividend of ?178.000 during the year.

DCD Business Media organises business conference and produces publications for the data centre industry. Its website is not only crammed full of reports of previous business conferences and news of forthcoming events, but has translations into French, Spanish, Dutch, Italian, Portuguese and Russian. DCD made ?478,400 last year on sales of ?5.122m. However this figure looks a lot healthier when added to the hefty salaries the three directors paid themselves ? between the three of them, they received ?1,106,031.

Garden Foods, based in Edmonton, North London, is a wholesale food distributor to more than 8,000 stores, supermarkets, cash and carries and other businesses ? and is the largest wholesaler of Polish and Eastern European foods in the UK. Established in 2003, today the company has a 40,000sq ft warehouse stocking more than 1,400 items. The company has only one director ? Ali Hadr Caktu ? and recorded sales of ?5.077m last year. Edmonton has traditionally been home to the majority of London?s Turkish and Turkish Cypriot communities, and is now also the centre of a sizeable immigrant Polish community, meaning Garden Foods Company are ideally placed to supply both groups with food ? so that those with a yen for Lechbeer or sauerkraut and mushroom dumplings will not go disappointed. Image source