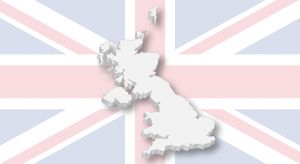 This is the tenth anniversary year of Cheltenham-based Oriel Holdings, which provides back-office, payroll, accountancy and debt collection services for contractors working in all industry sectors. Turnover jumped from ?20.5m in 2006 to ?117m in 2009. ?The recession has made life tough for all of us but we?re using it as an opportunity to prepare for the next period of rapid growth,? comments Oriel?s CEO Brian Pursey.

For the second year running, alternative energy company Wind Prospect Group has made it into our Hot 100 list, proving that saving the planet can also be profitable. The Bristol-based firm not only works on wind energy projects in the UK, it is also the biggest independent wind engineering consultancy in Ireland and offers advisory services in French, Portuguese and Spanish. Starting with just two people in 1997, it now employs 200 people, who are encouraged to take Open University courses with contributions from the company. Wind Prospect Group owns 30 per cent of a joint venture with energy giant EDF to develop onshore wind farms in the UK.

Founded in 1995, Gloucestershire-based S?porter is the brainchild of George Davies, the multimillionaire fashion visionary who invented Next and George at Asda. His ?31.7m-turnover business, wholly owned by Davies and his family trusts, specialises in combining fashion with sport and has agreements in place with Premiership football giants Liverpool and Arsenal. It also handles Marks and Spencer?s Per Una supply division, which accounts for 62 per cent of turnover. Davies will be 69 this year but it seems that he can still teach a trick or two to younger rivals in the fashion game.

Set up in 1991 by university student Toby Baxendale, Seafood Holdings now claims to be the largest independent supplier of fresh fish in the UK. Based in New Covent Garden, the company pulled in sales of ?82m last year ? and Baxendale reckons the next set of accounts will see turnover ?just south of ?100m? (although profit margins are notoriously tight in the food industry). Baxendale owns roughly two-thirds of the company; the rest is owned by Risk Capital LP, of which serial food entrepreneur Luke Johnson is a director ? in itself something of a coup for the ambitious Baxendale. The company has always had a strong London foothold but, in 2009, it acquired local fish supplier Openshaws, based in ports around the UK, giving it a national presence.

Connect Communications is acting small; thinking big. It works both with telcos offering support on global outsourced contracts and directly with mid and upper-tier multinationals, dealing in systems integration and delivery of VoIP. MD Andy Thomas sold his former business to Connect and came on board in 2003 with a 15 per cent equity share. A reverse take-over followed, which culminated in an MBO in 2005. Since then, the company has increased turnover to ?7.7m at a rate of 73.6 per cent. ?We are different from most companies our size in that we operate in 30-plus countries. We do what large corporates do, but have the agility to operate like a small company,? says Thomas. So, its 45 employees deal with its 220-odd global clients.

Think pan-Asian food, opulent interiors and live DJs ? think Buddha Bar. Raymond Visan opened his first bar in Paris in 1996. Since then, their popularity has spread internationally and there are now Buddha bars across the world from Kiev to Cairo. Visan has expanded his empire to include Buddha hotels, a spa and smaller Little Buddha Cafe bars. The music played in the bars can even be bought through the George V record label, launched in 2000. The popularity of all things ?Buddha? means that turnover has increased 72.6 per cent to ?5.2m, while pre-tax profits have almost doubled to ?2.1m.

Based in Hatton Garden, London, this family-run jeweller has been a consistently high performer and is no stranger to the Hot 100, having appeared last year. Lawrence Collins and his wife attribute success to consistently good service at a fair ? if not the cheapest ? price. In addition to jewellery retail, the company deals in precious metals, and property investment. Turnover has shot up from ?17.1m to ?87.6m in the past four years.

Here?s something you don?t hear often: a company working well with the banks. The recession has been good to LN Metals ? a commodities trader, dealing in lead, zinc, aluminium and minor metals  ? on two counts. First off, it created volatility, which leads to a healthy marketplace. And secondly, explains MD Iain Paterson, it brought everything back to basics. ?Rather than the banks throwing their money away on complex derivatives that no-one understands, they have gone back to basics, which is lending money against collateral. We have relationships with a good number now and can borrow money using our balance sheets.?  Staff numbers have increased from 14 in 2006 to 35, and the company now has representation in most major economies around the globe. The company raised additional capital in 2007 to install a complex SAP system and help diversify the business into the minor metal business. It is looking at the possibility of further investment to help future expansion. ?The opportunities are greater than our ability to trade,? says Paterson. He believes that should help double turnover in the next couple of years, which, at present, sits at ?299m. Profits have shot up from ?244k to ?2.8m over four years.

It?s a repeat entry in the Hot 100 for Kadir Aydin and the travel company he founded eleven years ago. Goldtrail specialises in budget holidays to Greece, but has recently expanded into Turkey. ?They are complementary markets,? explains Aydin. ?Turkey has benefited in the past couple of years because of the euro exchange rate, but should there be political or other problems in Turkey we can switch quickly.? Parity between the pound and euro has helped contribute to a surge in turnover, up 69.2 per cent to ?60m. ?It has really affected the budget end of the market. Families with two or three children found it difficult to go to euro-zone countries like Spain,? continues Aydin. Future plans include tying up with air operators in order to offer more choice on flights and opening up to Egypt, Tunisia and other Mediterranean destinations. Image source