Founders Scott Beckson and Simon Smith had a history in financial recruitment before setting up their own agency in 2003. Investigo places finance, strategy and consulting professionals on salaries up to £250,000 and claims it is the preferred supplier to Tesco, Sainsburys and Marks & Spencer. The company also places interim hires and was one of the lead providers on the Lloyds HBOS integration. Smith attributes success to his team: “We have poached top talent aggressively. If you put highly talented people in a room together, you will produce a successful, highly motivated company.”

And the top team is locked in with an attractive equity plan. Smith and Beckson used the recession to build on this talent base, increasing headcount from 48 to 60. Credibility wise, they were also helped by some serious clout when first starting out, with Robert Stodel, ex-COO of Credit Suisse First Boston stumping up equity and acting as chairman. “We started the company with £90,000. Last year turnover was £28.8m. It’s been an incredible ride,” says Smith. Pre-tax profit meanwhile, has increased by 50 per cent in the past year, to £2.6m.

This IT-services company was created in 2004, out of the IT department of a firm of financial advisers. Nick Eatock ran the MBO and took seven staff with him. Intelliflo provides IT services to the financial services sector, and sees its focus on web-based solutions as key to success. For clients, “it cuts out a whole load of costs, maintenance and hassle,” Eatock says. Clients also benefit from access to the latest version software, as “there is only one version. When we upgrade, we upgrade for everyone.” According to Eatock, Intelliflo wins 85 per cent of genuine new business and, with regulatory changes to the finance sector in the pipeline, believes there should be an influx of new customers. This summer will see the release of a personal finance portal and there is the possibility of extending into the professional services market. Turnover in 2008 was £5.2m with pre-tax profits of £1.6m.

Since brothers Simon and Bobby Arora bought B&M Retail in 2005, growth has rocketed. On average, B&M has opened a new store once a week for the past three years, helped by vacancies left by Kwik Save and Woolworths. There are now 190 discount stores in the chain, opening their doors to 1.5 million cost-conscious shoppers a week. The shops sell both household-branded groceries and non-food items, primarily in the North West, although this is changing, explains finance director Steve Wakeman: “We are extending our reach. We are known as a North West operator but, in fact, we are in the North East, South Wales, Northern Ireland and we have just opened a store in Hemel Hempstead.” 2008 turnover was £256m, and the company reports an increase to £420m for 2009.

A higher level of professionalism is the reason for this short-term finance company’s success, according to founder Eugene Esterkin. A lawyer by trade, Esterkin set up Affirmative to run parallel with the law firm in which he is a managing partner. Although unconnected, the two firms are in the same building and legal advice is on tap. Over 80 per cent of clients are commercial. “We fulfill the role banks used to provide in the sixties, when they were smaller,” says Esterkin. Affirmative will, he says, look at a proposition put forward rather than run it through a system (no “computer says no” here), can respond quickly, helped by the proximity of their lawyers, and can actually add value – justifying the fee that is typically higher than bank lending rate.

The recession has had its positives and negatives, but on the upside, it has enabled Affirmative to both “go upmarket” with its product and increase market share through falling competition. “Middle England does want short-term money. The vast majority of clients are people who would ordinarily go to banks, but banks are ‘closed for business’,” says Esterkin. Turnover has risen 63.2 per cent to £9m, while pre-tax profit was £3.8m.

For this firm of IT recruitment agents, size definitely matters. Focused on the financial sector and founded by Darren Hall and Grant Brummer in 2003, their aim is “not to become the biggest boy on the block”, but to grow revenue through the quality of work they provide and retain a more boutique style. “I will never do business at ten per cent [commission] for clients giving us 10,000 requirements. That is not our business model. The quality of what we do is higher,” says Brummer. Instead, they focus on mid-size companies (where the processes are fewer and things actually happen) and aim to build up an intimate understanding of the company, in effect becoming an extension of it. IT Skillfinder will grow, but never to the extent that Brummer and Hall do not know everyone. “That would be horrible!” he exclaims.

Brummer’s ethos is surround yourself with like-minded people, treat them well and you will get the best out of them. They have spent £100,000 on their offices, as “we want to provide an amazing environment for people”, Brummer continues. And it’s working – staff turnover is low, essential when trying to build relationships with clients. There are 16 staff, carefully chosen to reflect the founders’ own values: in a nutshell – take your work seriously but not yourself. A European office may be on the cards, given that 70 per cent of business is in Europe (the company is one of the main providers to the German Stock Exchange). In the meantime, sales have risen from £1.9m to a very healthy £8m.

Toppesfield is run by husband-and-wife team Gale and Matthew Pryor, and their brother in law David Last, who just “went to lend a hand for a couple of weeks”, and is still there six years later. Toppesfield is a tarmacing company that makes asphalt roads, car parks and garage forecourts, worked on the Wembley contract and is now involved in constructing the Olympic Park. Toppesfield’s focus is on improving its client base, working with the likes of Volker Fitzpatrick and Kier. “We work with reputable clients with large portfolios who would help our growth,” explains Last. The company also strives to be highly professional in an area of the industry not renowned for it, pricing jobs overnight where possible. This approach has helped turnover grow £10.5m at a compound growth rate of 61.5 per cent.

This firm of architects was founded in 1949 and currently has 11 partners and 250 employees across five offices in the UK. A sixth office is to open soon in Abu Dhabi. The practice is multi-disciplinary and projects have included the Leeds City museum, Blackburn Station, the £40m Roseisle Distillery for Diageo, and the Nissi Beach villas in Cyprus. Turnover is £12.3m, up from £3m in four years, while pre-tax profit was £2.4m.

Dealing in construction, earthmoving and lifting equipment, JVM Equipment was founded in 1998 by Max Skillman and his former partner (now deceased). JVM acts as a dealer for companies like JCB and Barford in Russia and the former Soviet Union countries. Skillman says that the company is number one in equipment supply in Russia and, in 2008, was JCB’s biggest dealer in the world. The company, which employs some 500 people, has a depot in every town in Russia with a million or more people. Skillman sees it as a “no-brainer” to have focused on the region. “Russia has 40 per cent of the world’s gas. It is the richest country in the world – it is all in the ground. And despite what the press says, it is easy to do business there,” he comments. Clearly so, as the company’s turnover has risen from £43.2m to £176.6m, at a rate of 60 per cent.

Current managing director Terry Connor founded this Manchester-based firm of builders in 1987, turning it into a limited company in 1997. The company now has 40 staff. Turnover has risen from £1.9m to £7.7m, with compound growth at 59.3 per cent, while pre-tax profit was £969,000.

Another repeat entrant in the Hot 100, this chain of care homes has grown to 56 in total with two more in the pipeline. Founder Philip Burgan has switched focus from publicly funded to private homes, selling off the former and buying and building in more affluent areas. The company now has 75 per cent fee-paying clients. Once the current lending squeeze subsides, Burgan will be back on the acquisition trail. “Most care homes have 80 per cent publicly funded clients, but fees are not rising in line with wages and other costs,” he says. Burgan believes that this discrepancy will increase the rate of decline of care homes and Maria Mallaband will be quick to jump in. The company also has a specialist autism business, which is making a hefty contribution to turnover. “That will be a major driver in the next three-four years as many more people are diagnosed. It’s a small world and we have a great reputation,” says Burgan. Sales stand at £38.5m, having grown 58.8 per cent. 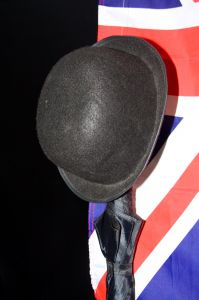 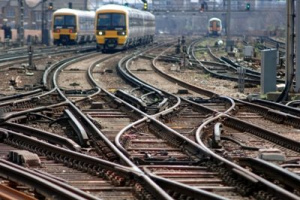