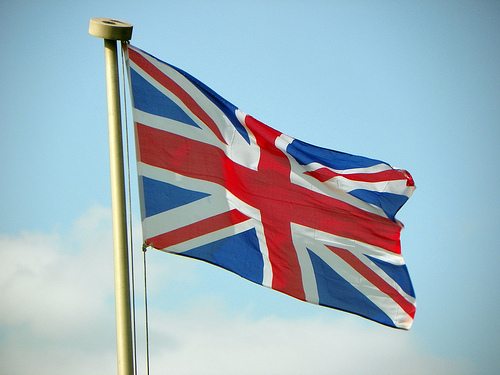 The key to making a mint in recruitment is to find a niche. This East Yorkshire firm was originally an air charter firm before branching out into finding employment for workers in the aviation and power industries. Today, sheet metal workers, electricians, paint sprayers and engine fitters from all over Europe use Boston Air to find jobs. The firm enjoys close links with some of the biggest names in aviation, such as GE, Ryanair and Lufthansa. Managing director Mark Parkes says he’s about to take the firm into new territory with a line-maintenance operation. “Instead of supplying engineers to the airline sector, we are actually going to be maintaining the aircraft. Our first contract is with Ryanair.”

Albourne collects data and writes reports on 1,760 hedge funds, so investors know which one to entrust with their money. Albourne’s clients pay $240,000 a year for access to their database, or $400,000 for premium access. For that fee, clients can view due diligence, risk management reports and receive regular strategy updates on their hedge funds of choice. Albourne doesn’t actually make any investments – but it is the world’s most reliable source of information on the hedge fund industry.

David Morgan and Simon Law founded this Trafalgar Square-based business ten years ago. Today Morgan Law is the fastest growing recruiter in the public and not-for-profit sectors. The firm has strong contracts with the NHS and has been appointed to the rigorously vetted list of preferred suppliers of temporary and interim workers to the public sector. With only 45 consultants, Morgan Law still posts a turnover of £24m – the highest income per consultant ratio in the industry. David Morgan says the secret to fast growth is the control he and his co-founder enjoy.  “The key to our growth has been the fact that we still own 100 per cent of Morgan Law. We decided from day one not to borrow any money, even though we know that might mean we grew a little slower at first. This ownership structure means decisions come down to us, not investors or banks. We have been able to mould the business the way we wanted.” The pair’s latest big decision is to take Morgan Law into new territory. “We are the market leaders in public sector recruitment, so we want to take the expertise we’ve built up there and use it to enter private-sector recruitment. Now that the green shoots of recovery are sprouting, we think this is the time to make our move.”

Neale Provan founded Provanis with Dr Paul Parnis in 1997. The firm supplies Oracle application experts to blue-chips, but Provan says it’s not quite a normal recruitment firm: “The candidates we put forward are people we’ve known for years. We know them and their colleagues and we track their progress. This way, we can be really confident about the people we are putting forward.” Parnis sadly died in 2005 – he was an outstanding Oracle engineer, which imbued the company with a natural advantage in this narrow field. Provan says his appreciation for the technical nature of the work and difficulty of finding true experts defines how the company is run: “We deliberately try not to grow too fast. We prefer to manage our growth so we can ensure quality remains high.” By forgetting about trying to get-rich-quick Provanis has forged ahead of rivals. Turnover is up from £4m to £13m in four years.

The logo on the side of its Rochester office is the first clue that this is no ordinary firm. What sort of company has a falling bomb with red fins as its symbol? The world’s leading landmine and unexploded bomb disposer. Since 1991, Bactec has made safe more than half a million devices in more than 40 countries. There is no shortage of work. Mines last for decades. Last year, Bactec won a contract to clear the Baltic Sea of World War I and II mines to allow the laying of a subsea gas pipeline. In Laos, Bactec employs 350 Laotians in an ongoing campaign to de-mine the battlegrounds of the civil war. More recently, Bactec won a contract in the Falklands. The four-month operation will rid the Islands of several thousand devices planted by the Argentinian forces around Port Stanley and Goose Green during the 1982 conflict. It’s a territory Bactec chief executive Guy Lucas knows intimately. He served as a bomb disposal expert and commander of the 49 EOD Royal Engineers, accompanying the then governor Rex Hunt to the Falklands immediately after the Argentinian surrender. “It’s a job I’ve been chasing for 27 years,” he said of the contract. The clearance work will employ 36 Zimbabwean bomb disposal experts who proved themselves in the minefields of Taiwan and Lebanon.

Radian was formed at the start of 2007 when social housing providers Drum Housing, Windsor Housing, and Swaythling Housing Society joined forces with Turnstone Support, a care provider. The merged entity is a major force in social housing across the South of England, owning and managing around 17,000 affordable homes in Berkshire, Buckinghamshire, Dorset, Hampshire, Isle of Wight, Surrey, Sussex, and Wiltshire, and providing care and support to 470 people. Despite its charitable remit, Radian is a private company, overseen by a board of non-executive directors.

Thomsons Online Benefits supplies expert advice to companies looking to get the most from their employee benefits programme. It also manages benefits schemes, dispensing advice to baffled employees and dealing with all the ongoing issues surrounding benefits. The firm is still independent and owned by the founders, headed up by chief executive Michael Whitfield, and is celebrating the anniversary by opening a US and Asian office. The firm obviously knows its stuff: its won 24 industry awards, including Money Marketing’s corporate adviser of the year gong six years running.

Corporate interior designer sq-m2 was only founded in 2003 but already has a stunning roster of clients, including House of Fraser, Allianz, O2 and The National Gallery. Sq-m2 is known for its modern, edgy designs, featuring space-age furniture, bright, bold colours and completely integrated approach so that everything from the doorbells to vases are perfectly matched up. Being a premium supplier has its perks: sq-m2’s typical commission would be valued between £250,000 and £3m.

Architect John McAslan isn’t just one of the UK’s most successful entrepreneurs, he’s also gaining a reputation as a philanthropist. His London-based architects practice designed low-cost, easy to build schools in Malawi. The money to erect six schools came from fellow Scottish philanthropist, and Real Business favourite, Sir Tom Hunter, as part of his venture with Bill Clinton. Now President Clinton is using John McAslan and Partners to design homes and hospitals in earthquake-stricken Haiti. The move into pro bono work underlines just how prosperous McAslan and Partners has become in recent years. Founded in 1996, the firm is a global practice, boasting a string of landmark projects. Director and partner Aidan Potter says the firm’s international outlook has been vital. “We have worked on a few really significant projects in the UK, the biggest being the half-a-billion pound regeneration of King’s Cross station. But the recession has hit architects particularly hard, so we are fortunate in having 25 per cent of our work overseas. We have projects in Moscow, St Petersburg, Dohar, Italy, India and China.” And though the firm is becoming famous for its award-winning design in these locations, he says it’s the charitable work which is really lifting the firm. “We are most famous for our social responsibility work. There’s no profit in it, but it is that sort of work which we really believe is the most significant.”

Clive Beard founded construction and refurbisher Beasons in 1996. The firm has proved that if you are a star performer, you can thrive no matter what how badly the economy struggles. Recent contract wins include major construction projects such as the O2 Arena, St Paul’s School and King Sturge.  Image source