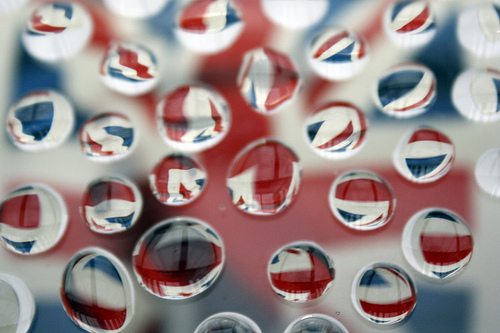 Law-firm Hill Dickinson is celebrating its 200th anniversary in style, picking up National Law Firm of the Year at the Legal Business Awards and crash landing in the Hot 100, to boot. Based in Liverpool with offices in London, Chester and Manchester, Hill Dickson also has branches in Singapore and Piraeus, a legacy of its origins as a maritime law specialist. Today the firm provides the whole gamut of legal services, from family law and tax to large corporate work and insurance.?

Founded in 1982, Nationwide Maintenance is an experienced provider of property services such as fitting air conditioning, fire alarms, plumbing and electrical work. The firm’s engineers are used by contractors and facilities-maintenance firms to perform everything from routine jobs to assisting major construction work. With a head office in Godalming, Nationwide has a strong presence across England with offices in the North, Midlands and the South West.?

Warrington-based Risktec Solutions is a specialist risk management consulting company and, unusually, is wholly owned by its 100 employees. Risktec made pre-tax profits of ?2.631m last year on sales of ?13.4m (nearly half of it in exports) and the employees were able to enjoy a dividend of ?193,500.?

AJ Bell claims to be the largest provider of self-administered pensions and institutional stockbroker services in the UK. Part owned by Bank of New York, the company makes stellar financial returns: it pulled in sales of ?38.5m last year and profits of ?16.4m, allowing the company to pay a whopping dividend of ?4.216m.

London-based Farr Vintners is a retail drinks company specialising in fine Bordeaux wines. The minimum order from its website is ?500, exclusive of VAT. And very profitable it is, too ? in 2009, it made ?9.94m on sales of ?85.7m.

Who better to run an animal feed company than a farmer who needs to feed his own animals? Ian Mosey built a high-tech animal feed mill in 1999 in a move to drive down costs. He now supplies farmers within a 100-mile radius with feed for species ranging from cattle to poultry, and game, while also feeding his own livestock. Mosey has around 70,000 pigs based on more than 100 farms in Yorkshire, which puts him in the position of ?both poacher and gamekeeper,? he says. ?We are in a better position than our competitors as we know what works and what doesn?t.? Work is underway on a grain dryer and store that will be ready for harvest 2011, which will again be for his own and third party use. The business is a family concern with Mosey?s two sons and daughter also on board. Turnover has increased from ?6.6m to ?21m with compound growth of 46.2 per cent.

Based in Manchester, D&P Data Systems is a wholesaler of computer systems and software. Founded in 1992, over half the shares are owned by Daniel, Alan, and Philip Hodari. Turnover has increased from ?25.3m to ?78.8m while profits last financial year were ?3.7m.

Talk about niche. Surrey-based Spedition Services provides transport and logistic services to Russia and the Central Asian states. The firm gives a fixed transport fees for three-month periods so no sudden hikes in cost. There are only two directors, Yazmin Fazal and Jens Rastorp, and the pair shared a dividend this year of ?533,300 and paid themselves a combined total of ?1,176,832.

With offices in Maidenhead, Aberdeen and Cairo, Project Development International (PDI) specialises in the management and engineering of petro-chemical projects. Its client list reads like a roll call of the big players in the sector: APL, BG Group and BG Tunisia, BHP-Billiton, Centrica,Conoco Philips, Canyon Offshore, Government of Ghana, Nexen, Newfield,Seastream, Trafigura and Wellstream. Turnover hit ?5.95m last year with profits of ?549,200 and the company was able to pay a dividend of ?394,000.

Property developers rarely manage the buildings they lease. Instead, they call a facilities manager. Half the UK top 20 developers use Mainstay Group, based in Worcester. Mainstay manages more than 25,000 rooms all over the UK. Managing director David Clark tells us the company has recently diversified into complimentary services such as cleaning and concierge services, and risk inspections. Even throughout the recession, Mainstay has invested in training and hiring front-line staff to ensure it can continue to grow no matter what how the economy performs. Image source