While countless articles go into endless detail about people wanting workplaces to be fun, considering how many hours of their lives are spent there, there are quite a few firms that have yet to grasp that fact.

According to John Kotte, there are two core reasons that businesses often fail miserably to implement a working environment such as Zappos. One, people don’t understand what culture is, and two, they don’t understand why it’s important, how it’s formed and how it changes.

So to get things right requires both a heavy dose of passion and “role model research”. At the same time it’s also important to learn who not to use as an example. With that in mind, we looked for five of the worst corporate culture’s that bosses need to stay away from – and we didn’t have to look far to find some rather “inspiring” stories.

Sports Direct has garnered a reputation for mistreating members of staff. In fact, in a 2014 speech on the “Victorian” exploitation of workers on zero-hours contracts, Ed Miliband called the company one of the worst places to work for.

He said: “Sports Direct has the vast majority of its workforce on zero-hours contract. It is a modern company with stores on many high streets and, judging by its success, where many people shop. But it is a bad place to work.”

Allegedly it is store policy to hire as many people as possible on zero-hour contracts. What is perhaps the most shocking are claims that workers are not allowed to enter the shop via the front entrance. There was also a sign on the back door that said if it was opened without a supervisor present, you would face immediate dismissal for the crime of opening it.

Meanwhile, a recent Channel 4 investigation revealed that employees working in Sports Direct depots were subject to a points system, whereby employees feared losing their jobs on a day-to-day basis. This led to people feeling they had to work despite feeling unwell because of the “six strikes” policy, in which anyone who gets six warnings in six months will lose their job. It was suggested that warnings are issued to workers for taking long toilet breaks, excessive chatting and for having time off due to illness.

The New York Times unveiled a story which incorporated responses from 100 former and current employees and concluded that Amazon was essentially conducting its own experiment and was testing the limits of how far they can “push white-collar workers to achieve their ever-expanding ambitions”.

To make things worse, Amazon makes use of monitoring technologies to track the movements and performance of its employees. In an investigative report by Financial Times correspondent Sarah O’Connor, she suggested the company tagged employees with personal sat-nav computers that revealed the route they must travel to shelve goods, and sets target times for their warehouse journeys.

Much like Sports Direct, there is a “three strikes and you’re out” culture, and employees further claimed they were hired for 12 weeks before being sacked and re-employed so the company did not have to give them the same rights as full-time staff members.

This was according to reporter Hamilton Nolan, who cited an email received by a former employee, suggesting that: “The work/life balance is c**p. I once was asked why I turned my BlackBerry off on some random Saturday afternoon. The fact I was in a movie theatre with my family was not ok. Your BlackBerry stays on at all times. Apparently Bezos said something about ‘if you aren’t working at least 60 hours a week you aren’t working’ or something to that affect.”

What do you get when a wife is angry at the way her husband is treated? This letter to Jeff Bezos

Read on to find out more about destructive cultures such as Microsoft’s stack rank system and Target’s “pyramids”. 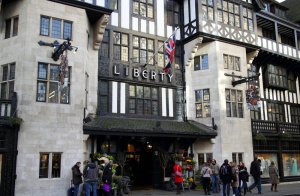 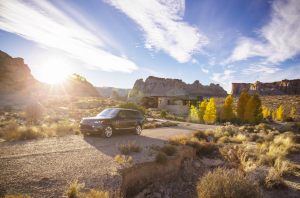 Got a spare £100,000? Range Rover offers “the most luxurious road trip on Earth”