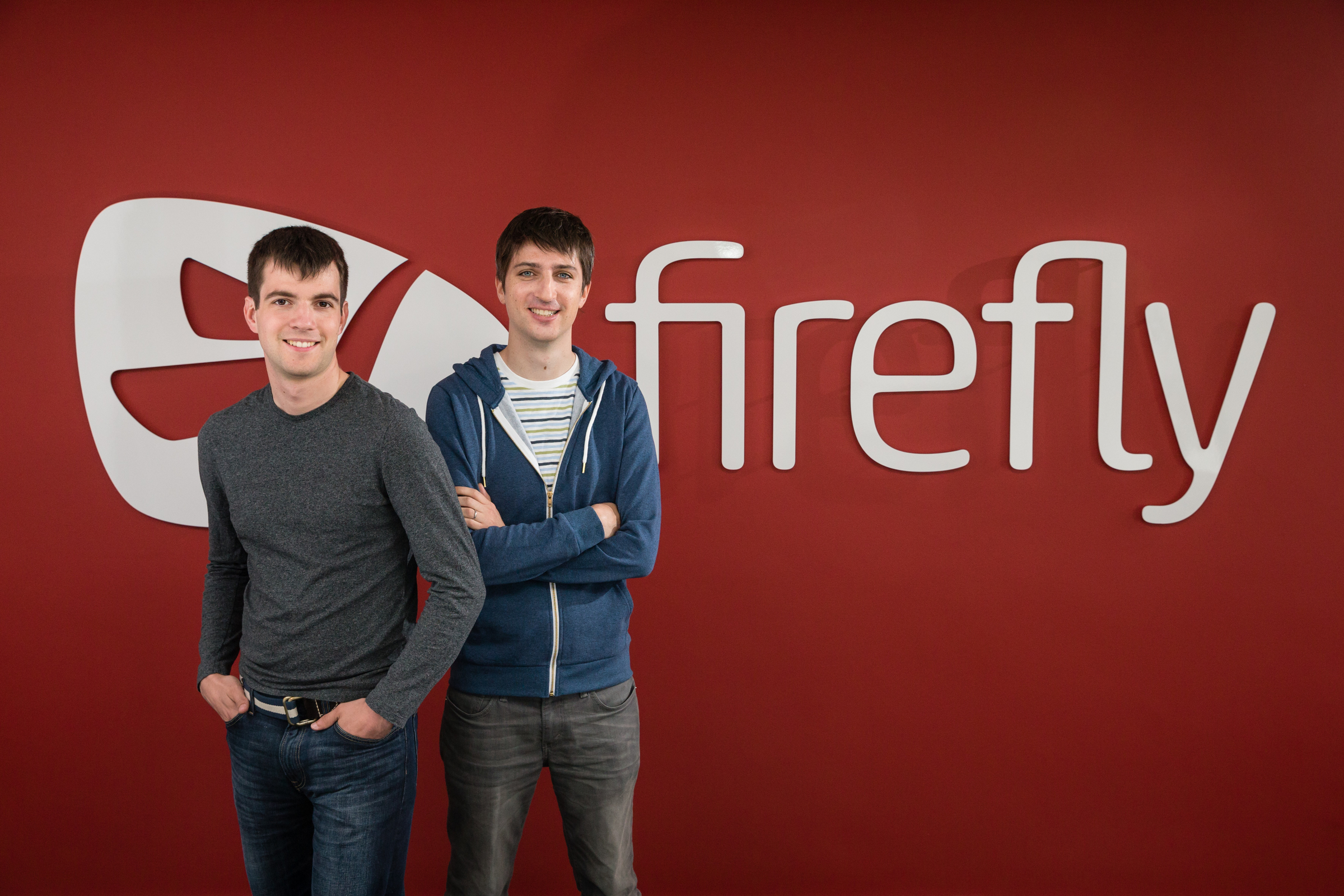 Educational platform Firefly was built by two GCSE students. Their first supporter was their physics teacher, but soon they were being pulled out of the classroom to add updates with their new self-taught coding skills.

Today Firefly is an international business with 40 employees. We spoke to co-founders Simon Hay and Joe Mathewson about starting up in the classroom.

What inspired the idea behind Firefly and how old were you at that point?

When we were 13 and 14, we were fairly frustrated by the school intranet and the learning resources available to us. It didn’t make sense to us that we should need to cycle to school during holidays to collect photocopies of revision guides – bear in mind this was 1999 so it wasn’t a given that resources would be online – so we decided to create something ourselves.

Can you explain how the idea works Virtual Learning Environment?

A Virtual Learning Environment is a platform used in schools for managing an online learning platform that allows students, teachers and parents to access school information and resources from anywhere. This includes stuff like class timetables, setting and handing in of homework, marking tests and internal discussion boards. It’s a place for teachers and students to share resources.

How much support did you school give you in developing the idea?

They were wary at first of something built by pupils, but we got our physics teacher on board and gradually more and more teachers were asking to use it. They let us tinker with computers and teach ourselves to code, and by the time we were working on our A Levels they ended up pulling us out of classes to ask us to add features or show more staff members how to use Firefly, which prompted us to continually refine it.

At what point did you make your first sale and what did that feel like?

Our own school was actually our first paying customer; they started off by paying us to keep developing it. We couldn’t quite believe that something we’d done to help ourselves and our friends, and had been a labour of love, could also be a money-making business. It was fantastic. Our first commercial invoice was in 2005, by which point other schools heard about us all by word of mouth. We got our first 30 clients on board this way.

What happened when you left school?

Both of us went to university at Oxford, I read PPE while Simon studied Computer Science. I went to work at UBS as a trader, but in 2009 I went full time at Firefly, by which time we had around 25 schools. Simon worked on his PhD in Ubiquitous Computing at Cambridge before joining Goldman Sachs, this helped fund the growth of the company and we began hiring staff. Now both of us work full time on Firefly, and we’ve reached 40 full time members of staff plus several freelancers.

When did you start exporting and how’s that going?

Our first international school was in Singapore and we’ve since rolled out in plenty of schools across Asia. We’ve deliberately focused on English-medium international schools to start with. Around 10 per cent of our clients are abroad and this is our biggest target area for future growth.

What’s next for the business?

Our biggest expansion so far will be in January when we open our first satellite office, which will be in Sydney. Australia has huge potential for technology in education and they are estimated to spend £1.5bn on IT in education next year so it’s a really exciting time to be part of it. The office will be headed up by Scott Johnson, who is an IT expert and former assistant principal, he’s previously been responsible for rolling out Firefly at schools across Asia so he’s the man for the job.

What would you say to other young entrepreneurs thinking of starting a business?

Getting the product right is really important and getting an early client on board can really help with this. I’m always worried when people say they need a year to work on something before its ready – it’s really important to get that early feedback from a paying customer to understand whether the product has legs.

I also think it’s important to work on something that you are interested in for its own sake, rather than start any business for the sake of doing so. To make it a success you’ll need to put a lot of passion, time and effort into it, and you’ll only do this for something you ultimately care about.