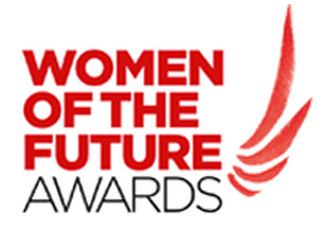 This year’s inspirational award winners are:

Lauren Cuthbertson – Art and Culture Woman of the Future

Cuthbertson started her dancing career with the Junior Associates, then progressed to the Royal Ballet School, White Lodge and Upper School. She gained second place in the Young British Dancer of the Year in 2000 and, a year later, was the silver medallist at the Adeline Genée Award. She joined The Royal Ballet in February 2002 as an artist, was promoted to Soloist in September 2003 and to First Soloist in September 2006. Her repertory with the company includes The Nutcracker, Sleeping Beauty and Juliet in Romeo and Juliet. Lauren is charismatic and enchanting; highly determined and devoted to dancing, having sacrificed studying for her A-Levels to pursue her passion for dance.

Nina Raine – Art and Culture Woman of the Future

Nina Raine won a Channel 4 bursary for young directors in 2000 and got a job as a trainee director at the Royal Court Theatre. She won the TMA Best Director Award and the Amnesty International Freedom of Expression Award for an Outstanding Production on a Human Rights Theme for the first play she directed – Unprotected. The first play she wrote, Rabbit, won her the Evening Standard Award in 2006 for Most Promising Playwright, and she was nominated as Best London Newcomer by Whatsonstage.com. Rabbit is a comedy about an intelligent PR girl called Bella, but it has a deeper edge, addressing the troubled relationship she has with her father. Raine has just completed her second play, Tiger Country, shortlisted for the Sphinx Theatre Company’s Brave New Roles Award, and is now under commission to the Royal Court Theatre and the BBC.

Before taking on the role of partner in the Pension Corporation earlier this year, Crosswell headed up NASDAQ International in London. She was responsible for the stock exchange’s business in the UK (covering EMEA) India, China, Hong Kong and Japan, managing NASDAQ’s non-US listed companies with a market capitalisation of $400bn. Prior to joining NASDAQ, she was previously head of international business development at the London Stock Exchange, building up the brand and business in North America, Asia and EMEA. During her time there, she started off the internationalisation of the AIM market and was promoted to the London Stock Exchange Management Team.

Wesling launched Bio-Supplies in 2003 in Hong Kong, a company that invests in, develops, manufactures and sells environmental packaging alternatives. In 2005, the first UK branch was opened, and it is here that the primary source of growth has been over the past two years. Wesling then launched Babaloo in the spring of 2005. Babaloo manufactures and sells a range of environmental and ethical products for parents and babies. The company has gone from losing £60,000 in its first year to looking to break even in the third. Wesling’s business partner at Babaloo, Richard Bingham, says of Wesling: “She is consumed by her passion for all things eco, and this is shown through her style, vigour and enthusiasm for her business life.” Wesling now has a new project that is mid-launch – Eako. Manufacturing and selling lifestyle products with materials reclaimed from industrial waste streams in the UK is the main purpose of Eako. The “Live Earth Belt” is made from decommissioned fire hoses, and 50 per cent of the profits go back to the London Fire Brigade for distribution through their benevolent fund.

Porter is a rising star in the media world – both an accomplished author and broadcaster. She made her TV debut in Channel 4’s Friday night comedy show, Balls of Steel, which saw her testing the morals of British men. After being snapped up to contribute to How to Look Good Naked, she now has a further four documentaries in production for the series The Dawn Identity on BBC3. Porter’s biggest success, however, was her critically acclaimed BBC documentary, Super Slim Me, where Dawn exposed the fashion industry and media’s obsession with “skinny celebrities” and the devastating affect this is having on impressionable young women. Porter herself went on a radical diet, risking her own health, for the documentary. She slimmed from a healthy size 12, to a “size 0”, and for three months lived on less than 500 calories a day, pushing herself both mentally and physically to transform herself into the “Hollywood Ideal”. Porter is now writing a book about her experience, ultimately to ensure that the fashion industry and media take more responsibility for their actions.

Elizabeth Coffey – Mentor of the Year

Coffey founded Spark Leadership in October 2005 to advise senior leaders on organisation change and development, having previously held high positions for companies such as Mercer Delta Consulting and The Change Partnership. She is a published author, her last book entitled 10 Things That Keep CEOs Awake – and How To Put Them To Bed. In 1999, she co-authored The Changing Culture of Leadership – Women Leaders’ Voices – a research-based book about female leaders across 20 industries in the UK. She advises board-level executives, and lectures frequently on the topics of leadership, change and individual and organisation development. Coffey provides support, direction, guidance and advice to boost young women’s self-confidence and help them work through their challenges.

Sonya Branch – The Professions Woman of the Future

Before joining the Office of Fair Trading (OFT) as one of their senior directors, Branch was the youngest partner in the world’s largest law firm, Clifford Chance. She was promoted to the partnership at Clifford Chance while on maternity leave after the birth of her first child in 2006 and on the back of her winning mandates to represent some of the biggest firms in the world, including Barclays, Shell and Citigroup. She recently assisted the Shadow Chancellor of the Exchequer with a review of UK Competition Law and also oversees the European Competition and Regulation London Group information office. Her remit as senior director in the markets and projects section of at the OFT is to ensure that UK consumer welfare is protected from anti-competitive conduct.

Shaheed Fatima – The Professions Woman of the Future

Fatima is a barrister at Blackstone Chambers and her contribution to the law and the legal profession is illustrated by the variety of cases in which she has been involved, most of which are precedent-setting cases at the highest level. One example is R (Al-Skeini) v Secretary of State for Defence (pending before the European Court of Human Rights), regarding the applicability of the Human Rights Act 1998 to killings by British Soldiers in post-war Iraq. By the end of this year, her fifth as a practising barrister, she will have been junior counsel in four House of Lords cases, three European Court of Human Rights cases and two Privy Council cases. In addition, Fatima has written a book – Using International Law in Domestic Courts – is currently a council member of Liberty, a trustee of the Runnymede Trust and a committee member of the Human Rights Lawyers Association. She is tipped to become a QC with a very successful practice and be regarded among the Bar’s elite. She has been described by her contemporaries as a “very special lawyer and someone who will make a huge impact and contribution to our legal system”.

Dr Caroline Mohamed – Science and Technology Woman of the Future

Mohamed is currently chief of manufacturing capability and technology at Rolls-Royce, and has been working for the company for ten years. This role involves managing all compressor technology development, and developing the manufacturing technology strategy. With two patents in her name, Mohamed has achieved a great deal and succeeded in a very male-dominated industry. She has played a significant role in the development of novel technologies for a variety of products within the Rolls-Royce portfolio. She has consistently contributed to the competitive advantage and success of Rolls Royce by developing key technologies for low-exhaust emissions and improved fuel efficiency.

Ruby Sayed – The Woman of the Future Voluntary Award

It was always Sayed’s ambition to go to university to become a barrister. She completed her A-Levels after overcoming some traumatic personal problems, and went to Sussex University after receiving an award of “outstanding achievement in external exams”. Sayed started her pupilage in 1998, which was extended from six months to 12 when Chambers recognised her potential. She was the first exceptional pupil to be taken on in these Chambers. Specialising in family law, Sayedy takes a real interest in the lives of the people she represents. She also dedicates much of her free time to a north-west London charity, the Asian Women’s Resource Centre, for which she makes herself available on a weekly basis.