A tech-savvy group of London cabbies has banded together to create the world’s first Twitter-based taxi service.

Anyone who needs a ride can tweet @tweetalondoncab to track down one of the service’s 100 black cabs. The service, which launched last year, has now gathered some momentum, amassing over 7,000 followers on Twitter, and growing fast.

“We’re getting more and more booking, and the quality of bookings is better, with longer trips,” Richard Cudlip, one of the service’s co-founders, tells the Guardian.

The service is primarily used for pre-booked journeys rather than the “it’s 2am on a Saturday morning, I’m standing on the Strand and can’t find a Taxi” type of journey, its founders, black cab drivers Cudlip and Karl James say.

“In two years, I’d like us to rival the black cab circuits like ComCab and RadioTaxis. We want more information to come in so we can share it with more people, and that information might be useful to other people in the TfL’s data is shared.”

The service is a numbers’ game: the Twitter account acts as an aggregator for requests, and cabbies can flag up their location. It essentially puts two-and-two together, joining supply with demand.

One of the benefits of using Twitter is the real-time data it offers, allowing cabbies to share information about demand or surplus around the city (a tube line down, too much queue at St Pancras, etc).

So what’s the next step? At the moment, the co-operative service is purely voluntary, but its founders do say they want to build it into a business and are looking for funding.

Often, the best business ideas are those that disrupt the market – could this be one? 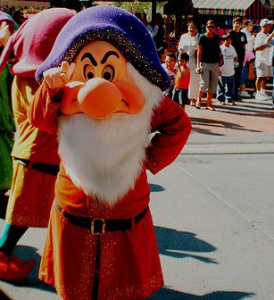 Why you should fire grumpy staff!