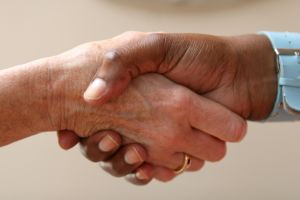 The average meeting of six people costs ?394.80, once salary, cost of travel and time out of the office is taken into account. By comparison, a conference call of the same nature would cost just ?46.44. UK businesses spend over ?510k on employees travel to meetings per annum. And nearly one in ten businesspeople spend a hefty ?4,800 on travel to meetings every year.

A Brits gift of the gab gobbles up 41 hours per year, the equivalent of a full working week. Costing businesses big bucks for small talk, chitchat costs companies a tidy sum of ?756.87 per employee, resulting in a cost of over ?113k every year.

Some 20 per cent resent the time wasted travelling to meetings, with almost half stating they get less work done on days they leave the office to attend a meeting. To add fuel to the flames, 15 per cent frustrated employees are forced to work out of hours to make up for time spent out of the office.

When asked why they preferred conference calls to face-to-face meetings, 31 per cent said they were shorter and snappier than meetings held out of the office, with over a quarter of employees claiming they were happy to avoid niggley niceties they experienced during face-to-face meetings. Those polled also added productivity as another reason why they liked conference calls, with 28 per cent saying they allowed them to save time and get on with other more important tasks. Image Source By Shan? Schutte