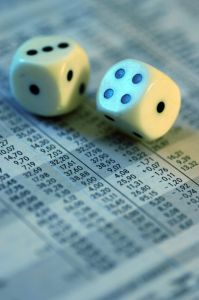 Although people’s attitude to risk shifts very little throughout their lives, their overall appetite for risk will change. This is influenced by a wide range of factors, including age, location, use of advice and life stages such as marriage.

Four different investment types have emerged from the study. Men make up the majority of the groups with a higher appetite for risk, but when it comes to the lower risk groups the split is less defined, as shown below in the gender breakdown within each investment type: It also seems that the wealthier a man is the more likely he is to be a Stag with 15 per cent of those with investable assets worth over 100k or more opting for higher levels of risk compared to just one per cent of women from the same group. In addition, age appears to impact on our appetite for risk. While the findings show that we’re more willing to take risk when we’re younger with one in five Stags being under 35 – this falls over time to just four per cent of 65-69 year olds.  However, the percentage of Stags leaps threefold to 12 per cent when investors hit 70, suggesting a higher level of disposable wealth and higher capacity for risk. Image source By Shan Schutte