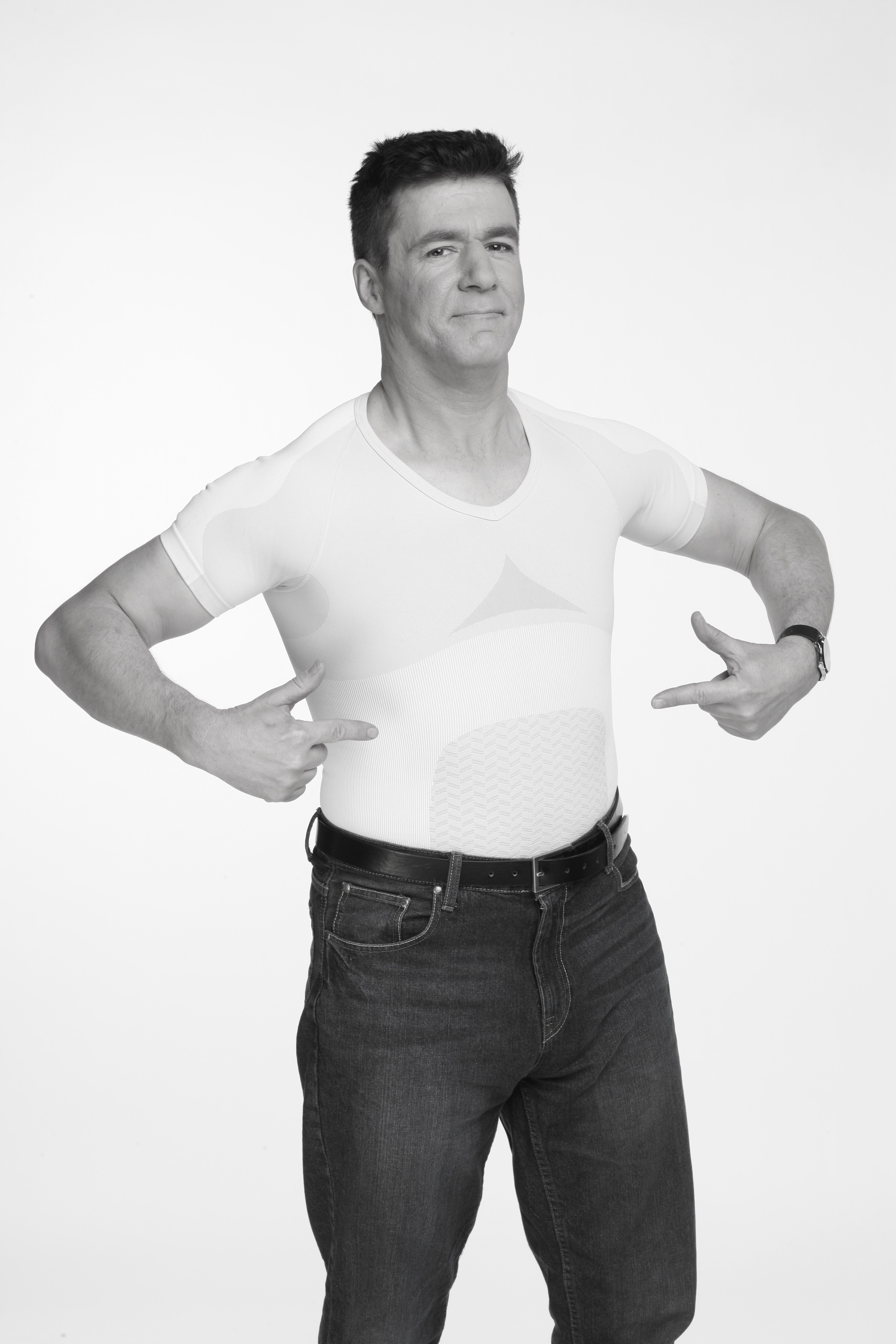 Well, it certainly looked like him from a distance.

Of 1,000 men surveyed in Debenhams, 64 per cent said they were worried about the 7Ibs pounds of weight they piled on over Christmas, with “man boobs”, love handles and bottoms causing the most concern. The research also revealed that, for the first time, men and women are almost equally committed to improving their shape in the new year, with 48 per cent of men starting a new fitness or diet routine in January, compared with 55 per cent of women. Shazia Awan is the entrepreneur behind the Max Core range of posture and muscle-defining t-shirts, launched in Debenhams last November. Endorsed by singer Peter Andre, the garments promise to reduce waist measurements by up to three inches.

Awan, who made political history as the first Asian woman to address a Welsh Conservative Party conference, is currently in talks to launch her Max Core and Peachy Pink brands in Germany, Italy and Spain. All the garments are manufactured in Italy – right down to the packaging: “It would be tremendously cheaper to make the products in China,” says Awan, who has financed the business herself. “But I won’t compromise on quality.” Awan was named the UK’s best female Asian entrepreneur at last year’s Asian Women of Achievement awards, held in association with Lloyds Bank Corporate Markets. Within weeks of scooping the award, she appeared on the front page of the Telegraph‘s business section and was approached by Channel 4 to appear on Secret Millionaire. “I turned down Secret Millionaire,” she says. “I’ve been doing chairty work since I was 15. I don’t suddenly need to shout about it on television.” The charities she supports include Fund for Refugees (she went to war-torn Srebrenicia in Bosnia with William Hague, Lord Ashcroft and Baroness Sayeeda Warsi last year) and the Hemraj Goyal Foundation. This year’s Awards will be held on May 19, 2011. To enter, click here.