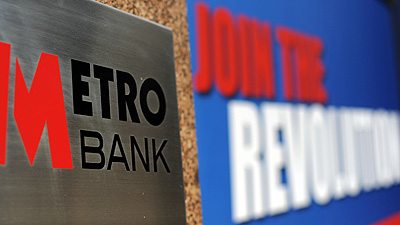 Metro Bank, backed by US billionaire entrepreneur Vernon Hill, has announced that it’s well ahead of initial targets, and will open three more Metro Bank branches in as many months.

We’re big fans of Metro Bank. Not only is it Britain’s first new high street bank in over 100 years (and about time, too), but it’s also entrepreneurial and is 100 per cent dedicated to customer service. Metro Bank’s customer-service-led strategy has obviously hit a nerve with consumers, as the bank’s first branch in Holborn (London) has already exceeded its year one expectations for new account openings. What other business can boast hitting its first year targets within a month of trading? Business customers have also been knocking on chairman and co-founder Anthony Thomson’s door. “I’ve got a waiting list of 200 people to open business accounts,” Thomson tells Reuteurs. Furthermore, at a time when other high street banks are laying off staff (RBS this week announced a further 3,500 jobs would be axed), Metro Bank is hiring. Celebrating the opening of the bank’s second branch, in Earls Court, Thomson announced plans to hire 100 more workers, bringing total staff to 250. Metro Bank’s strategy of playing on customer perceptions of shoddy service by current high street banks is a clever move – and its timing couldn’t be much better. New figures released this week showed how Britain’s six largest high street banks fielded 1.4 million complaints from dissatisfied customers in just six months (that’s a whopping 11,000 complaints a day). There are lessons to be learnt from Metro Bank’s programme to revolutionise UK high street banking. The two words – customer service – need to echo in every business. The customer should be at the heart of your proposition. If the customer is unhappy, so should you be. What can you do to improve customer service within your organisation?