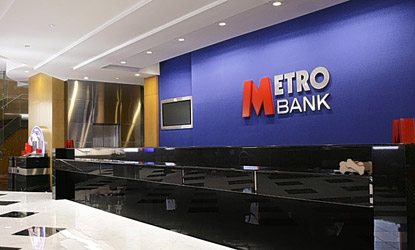 Metro Bank’s founders have raised £50m of new capital, which will allow Metro Bank to increase its branch openings from 12 to 18 in the next two years.

Metro Bank has already opened four branches – in Holborn, Earl’s Court, Fulham Broadway in London and Borehamwood in Hertfordshire – but the extra £50m funding will allow it to expand much quicker than expected. “The completion of our second round of capital raising is a result of our hugely successful launch and the opportunity to accelerate our roll out,” says Metro Bank co-founder Vernon Hill. The latest round of capital raising builds on an initial £75m that Metro Bank raised earlier this year. Metro Bank became Britain’s first high-street bank to launch in more than 100 years when it opened in July. Founded by Anthony Thomson, chairman of the Financial Services Forum and Vernon Hill, who set up Commerce Bancorp in the US, Metro Bank hopes to get ahead of the competition through better customer service. For example, Metro Bank’s branches are open seven days a week, from 8am to 8pm on weekdays, and 10am to 4pm on weekends, and promise to open a full account – including credit and debit cards – in 15 minutes. “We knew that retail and business customers were fed up and cynical about their banks and wanted a new way of banking, but even we underestimated the demand for a new type of banking experience: one where customers – new and existing – come first. It really is about lovign your bank at last,” Vernon Hill adds. The entrepreneurs behind Metro Bank, whose investors include fund management company Fidelity and property investors the Reuben brothers, have also said that they may consider a stock market listing in 2013.