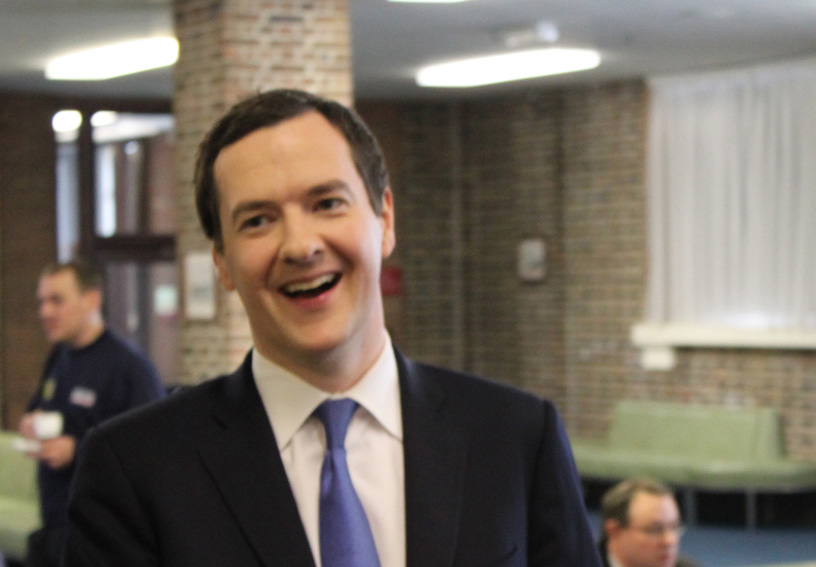 The figures show that the economy grew by 0.8 per cent in the second quarter of 2014, driven predominantly by the service sector but also a small boost in the manufacturing sector. Agriculture and construction both contracted.

The news follows IMF predictions yesterday that Britain will see 3.2 per cent annual growth by the end of 2014 the fastest of any country in the G7. The chancellor, George Osborne, took to Twitter to respond to the news:?

Economy grew by 0.8%. Thanks to the hard work of the British people, today we reach a major milestone in our #LongTermEconomicPlan ” George Osborne (@George_Osborne) July 25, 2014

Economy bigger than previous peak in 2008 but long way to go-the Great Recession was one of deepest of any major economy & cost UK 6 years ” George Osborne (@George_Osborne) July 25, 2014

Figures from GE Capital suggest that growth is driven in part by Britain’s mid-sized businesses, which are set to grow by 6.1 per cent this year the equivalent of 133bn. GE Capital’s chief exec, Ilaria del Beato, said: They are taking on the growth challenge from all directions, investing in exports, training, R&D and planning to add an estimated 326,000 jobs this year. It’s worth remembering however that due to population growth, GDP per head is still lagging behind, and is estimated to be around 5 per cent less than in 2008. The recovery is also estimated to have been the slowest in more than 100 years. A survey by Close Brothers Invoice Finance earlier this week found that almost 4 in 5 SME leaders were not confident in the steady recovery of the economy, with around half expecting their outlook to remain the same for the coming year. John Allan, national chairman of the Federation of Small Businesses, today said that small firms were still struggling with access to finance and late payments in particular. He said: Small businesses are keen to take advantage of the steadily improving economic conditions, with two thirds of FSB members actively seeking to grow their business in the next 12 months. But this is not the time for Government to become complacent.” Image source

15 Jul 2021
We use cookies on our website to give you the most relevant experience by remembering your preferences and repeat visits. By clicking “Accept All”, you consent to the use of ALL the cookies. However, you may visit "Cookie Settings" to provide a controlled consent.
Cookie SettingsAccept All
Manage consent