Before we discuss my Black Friday shopper experience, allow me to set the scene.

Amidst the fervour of holiday festivities, thousands of stores across Manhattan stocked their shelves and manned their posts to prepare for Black Friday 2016.

While the mere mention of the name evokes provocative memories of “brawls in malls”, rowdy fracas and unsightly melees, some predicted this Black Friday would be tamer than years gone past.

Take the New York Times, for example. “Young people of all kinds are increasingly turning to their computers and phones to do their holiday shopping… a dynamic that is reshaping one of the country’s biggest shopping days.”

For brands, these changing dynamics will spell the future of America’s biggest shopping day. The global shift from physical to digital is indeed changing the way brands need to think about strategy and ad spend, particularly around festive holidays like Thanksgiving weekend and Christmas.

I mean, think about it. We now have the ability to order anything in the world in a matter of seconds from the palm of our hands! Shopping has well and truly become democratised. And all of it can be done without leaving the comfort of your sofa. Wonderful!

So, why did I decide to become a Black Friday shopper in the real world?

I wanted to know – are the claims true? Is Black Friday as we know it fading into a civilised array of clicks, taps and swipes? As a 23-year-old millennial-cusper, I set off to find out.

A trip to Macy’s

First of all, I should note that I’ve never physically been a Black Friday shopper before. The idea seemed like an unnecessary hassle. The New York Times might have a point – for me, ordering a new pair of shoes from the comfort and warmth of my own home seems like a much better option than fighting with some discount-crazed, adrenaline-fuelled stranger (though admittedly way less fun!).

My journey began at Macy’s in Midtown Manhattan. The store was adorned with Christmas wreaths and lights, and the atmosphere was festive and frenetic. I will say this, though – it didn’t seem unusually busy. In fact, I was a bit disappointed that I didn’t find a single person fighting over a pair of heavily-discounted shoes.

I entered the store near the women’s perfume section and made a beeline for the nearest elevator. My senses couldn’t take such a pungent assault. Soon, I was on the relative safety of the third floor. This was the men’s designer section, and it felt like any normal store on any normal day.

I shuffled my way past various stacks of clothing, towering at some height, like rising skyscrapers in an industrialising city. It seemed like there were a LOT of tourists. I even met a family from Edinburgh that lived just a stone’s throw away from me during my four years there at university. Small world.

Price reductions lined the racks of clothing, and there seemed to be a definite sense that this was THE day for discounts. 50 per cent off; 75 per cent off – you name it.

Some of the “SALE” signs even made a point to emphasise that these discounts were only available in-store for one day. So, if you happened to make it to Macy’s, it seemed like there were some good deals floating around.

Overall, I was definitely surprised – it wasn’t that busy. Yes, there were queues to pay and lots of bargain hunters meticulously measuring up the sales, but on the whole it definitely didn’t live up to the hype.

Maybe everyone had decided to stay home after all! Either way, I was determined to continue on and see if another side of Manhattan had a different story to tell.

I decided to head south and walk the 20-or-so streets from Midtown to Union Square, located on 14th Street and 4th Avenue. As I cruised through the streets, I noticed a few busy shoppers darting from store to store.

Even so, there’s an organised chaos about New York City that always makes it feel slightly raw and unhinged. Black Friday seemed to almost fade into the background of this noise, colour and bravado.

Before long I had arrived at the north-end of Union Square. I meandered my way through the throngs of people that had gathered outside to watch street performers and musicians.

Once again, nothing out of the ordinary for a Friday in New York. This time I hit three stores – DSW (Designer Shoe Warehouse), Burlington Coat Factory (home of the greatest discounts known to man), and J.Crew.

Guess what? None of them were busy! I was genuinely surprised.

In fact, I’d been to these stores on other occasions and seen them much busier. I spoke to an employee at Burlington Coat Factory and asked her what she thought about the Black Friday “madness”. She seemed unimpressed to say the least.

Suffice to say, so far my Black Friday extravaganza hadn’t been met with massive crowds, angry customers or exceptionally long queues. Was I doing something wrong?

The future of in-store shopping

By now, the city lights of lower Manhattan were beginning to sparkle in the darkening night sky. I hadn’t found the crowds or madness I was looking for. But I had experienced Black Friday in Manhattan.

It’s really interesting to see the swing from physical to digital in-person. I have no doubt that when the Black Friday numbers are released, we’ll see another year where online spend increases and in-store spend decreases.

Many brands are already aware of this. Just take a look around. Stores are becoming an important expression of brand identity in a world diluted with instant digital service.

I remember walking into Harvey Nichols’ new men’s department launch party in London this past May – the entire store had been designed to place a premium on open space, and featured areas for shoppers to drink and dance.

Yes, they even brought in a DJ!

In the middle of a clothing store!

With that being said, I have every confidence that physical stores still have an extremely important role to play in the modern path to purchase.

Those sensory stimuli – touch, smell, sight and sound – will continue to influence the way we shop and buy. I don’t see that changing anytime soon. However, this may be the tipping point where we start to see digital sales outperforming in-store sales during the holiday period.

And if my journey across Manhattan on Black Friday is anything to go by – then the future may already be here.

Entrepreneurs plug funding gap with £7.2bn from friends and family 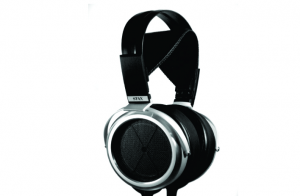