Miliband said that a new £2.5bn NHS “Time to Care Fund” would be created without increasing borrowing or taxes on “everyday working people.”

£1.1bn would be raised through tackling tax avoidance, including hedge funds avoiding taxes on shares, closing the “eurobonds” loophole and preventing the use of umbrella companies for tax avoidance.

A further £1.2bn would be raised with a so-called “mansion tax” levied against those with homes worth more than £2m.

Miliband said at least £150m for the fund would be raised through new fees for tobacco companies.

“Doing it together, means everyone playing their part to help fund our NHS. The stakes are incredibly high in this election. But nowhere more than on the NHS,” he said.

“The NHS is sliding backwards under this government. They are privatising and fragmenting it. Just think what it would look like after five more years of this government. It is not safe in their hands.” 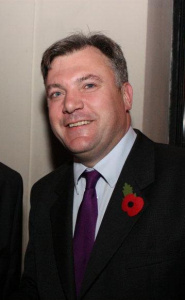