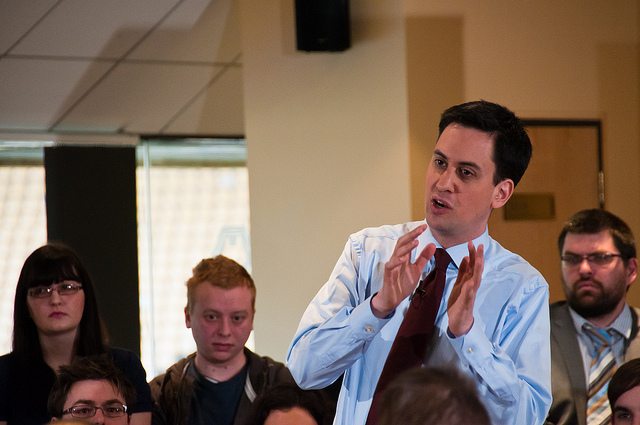 Ed Miliband today pledged to give a tax break worth up to ?1,000 per employee to firms that pay their staff the ?living wage?.

The tax break would be funded by increased tax and national insurance receipts and falling claims for in-work benefits as more workers are lifted out of poverty. It would begin in 2016 if Labour win the next election.  Miliband told The Independent on Sunday: “For years we’ve known that government is spending quite a lot of money on supporting those paid less than the living wage.   ?Let’s convert that into actually giving an incentive to employers to get over the hump of getting to be a living-wage employer. “And government will actually save money on social security as a result of this, and employers will even be better off, helping tackle the cost of living crisis.” The Living Wage, which is set annually by the Living Wage Foundation, is currently ?7.45 per hour nationally and ?8.55 an hour in London. John Allan, national chairman of the Federation of Small Businesses, said: “The proposals are interesting, however, members tell us they are already increasing wages, where they can.  ?Indeed, 49 per cent of members already pay all their staff at or above the living wage. Furthermore, small firms do plan to increase pay using the ?2,000 employment allowance when it comes in next year.  ?With inflation already sitting higher than the target Labour also need to consider how these wage rises will affect price rises.” Image source