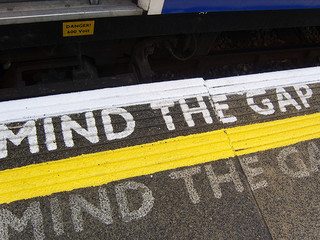 New findings released by NEST show that employers staging in 2014 have three fundamental gaps to deal with as they meet their automatic enrolment challenges. Identified as the experience gap, knowledge gap and reality gap, NEST warns that, compared with their predecessors, second year employers may not be engaging enough with the detail of the reforms in order to successfully manage their duties.

The report, ‘NEST Insight’, found that first year employers successfully navigated their way through the legislation thanks to their pensions experience and knowledge and by dedicating enough time to the project. However, many reported that implementing the duties took longer than expected. The research found that 20 per cent of first year employers had taken over 16 months to get ready, despite previously offering a pension scheme to at least some of their workers. Even with this level of preparedness and experience, 66 per cent found meeting their duties more difficult than anticipated. Commenting on the findings, NEST chief executive Tim Jones said: “The success of automatic enrolment so far, with low opt-out rates and over 2.5m workers automatically enrolled in a workplace pension, is due in large part to the efforts of first year employers. 2014 sees a new set of employers meeting their duties and they may find it more difficult than their predecessors. Our research suggests that nine out of ten employers will expect help to fill any gaps in experience, expectations and knowledge. ?Our research also suggests that intermediaries are gearing up to help, but it’s vital that providers, intermediaries and employers work together to ensure the next wave of employers can meet their duties successfully.” NEST insight identifies three gaps that employers may need help to tackle in 2014 and beyond:

Around a third of 2014 employers are likely to either not offer any pension scheme at all or just have a shell stakeholder scheme in place, while all 2013 employers had offered a pension. Only around half (52 per cent) said that they had a good understanding of pensions compared with 96 per cent of earlier stagers.

The research suggests that not only do some employers lack knowledge about pensions, but they haven?t engaged with the detail of the reforms for example, only 53 per cent of employers staging between February and July 2014 are aware that they can postpone enrolments for up to three months, with only 12 per cent planning to do so. This compares with around half of 2013 stagers applying a waiting period. The employers NEST interviewed found it difficult to map out the process they intended to follow as they had limited knowledge of the details of the reforms.

Results from TPR?s latest tracking survey with employers found that only one in ten employers staging in 2014 say they plan to leave it as late as possible to comply. This plan to be ahead of their deadline is at odds with the insight that only 23 per cent of employers staging between February and July 2014 have both confirmed the provider they?ll use and that they?ve done everything else they need to do in order to be ready to comply. This suggests that employers are not getting the message that they need to plan ahead, and are underestimating how much work is involved and how long implementation may take them. Image source By Shan? Schutte