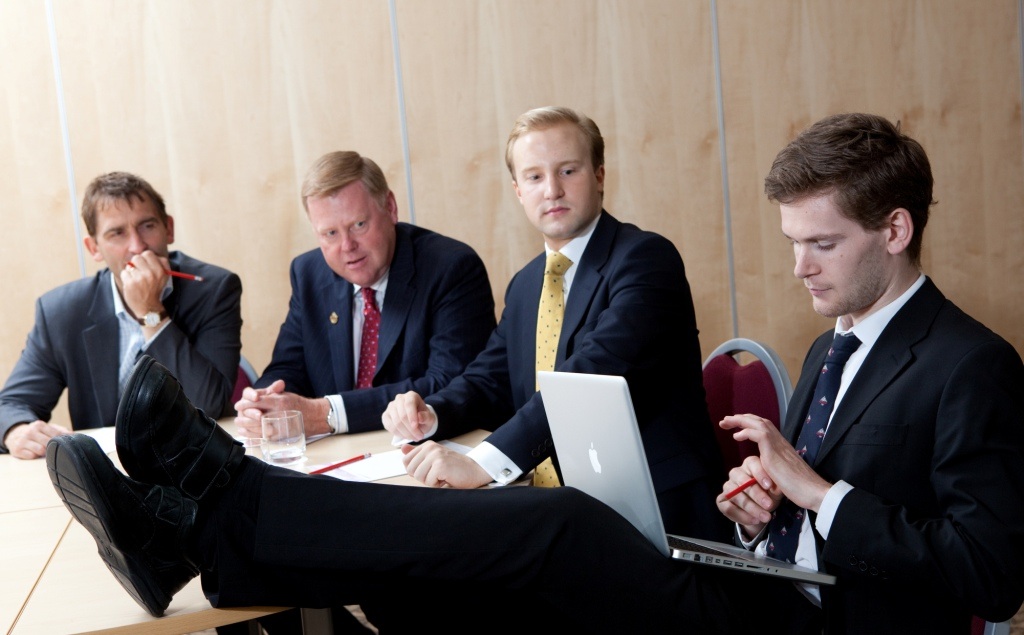 A survey by hotel chain Future Inns found that 41 per cent of businesspeople think that it’s acceptable to regularly answer phone calls or respond to emails during meetings whilst half (50 per cent) will go as far as actually getting up and leaving meetings to answer calls.

But interestingly, the survey found that many of us have double standards when it comes to etiquette. Of the 41 per cent who admit to regularly answering calls and emails during meetings, over two-thirds (70 per cent) actually consider it rude when others do the same. Battle of the sexes When it comes to the battle of the sexes in the workplace, men emerge as the ruder sex. Half of businessmen (49 per cent) consider it acceptable to take calls during a business meeting and almost two-thirds (61 per cent) will often leave their colleagues or clients waiting whilst leaving the room to attend to a call. A third of men (31 per cent) admitted to regularly yawning in meetings and 35 per cent think nothing of arriving late. In contrast, just a third (33 per cent) of women will answer calls and respond to emails during a business meeting and just under a quarter (23 per cent) would consider arriving late. To kiss or not to kiss? It seems that typical British reserve is still strong in business. Three quarters of those surveyed said they considered a traditional handshake to be an acceptable greeting at a business meeting and 13 per cent thought a formal verbal greeting would suffice. However, there are some who are on more familiar terms with clients – one in ten felt that a double kiss was de rigueur, whilst two per cent would opt for a full blown hug. A nation of timekeepers? Being ten minutes late may be fashionable out of office hours, but it seems that many of us are also applying this principle to business. Only 30 per cent think that it’s unacceptable to arrive late to a business meeting. On the other hand, a quarter (22 per cent) feel that it’s acceptable to be ten minutes late and 14 per cent think it’s ok to leave colleagues or clients waiting for up to 20 minutes. One third (33 per cent) even admitted to having cancelled a meeting at the last minute due to a hangover. Meeting mishaps When questioned about their most memorable ‘meeting mishaps’, the five most common mishaps revealed by the survey included: But in some cases the mishaps were more extreme, such as: William Hanson, one of the UKs leading etiquette experts, says: “It’s simply shocking to see how many people think it acceptable to pick up a phone in the middle of a meeting or have a laptop open to answer emails. “It is good manners to pay attention to those people you are with at the time and this is often more important in business than in any other walk of life. What the Future Inns survey shows is a clear need to be more aware of the dos and don’ts of boardroom etiquette – something that can pay massive dividends for both the individual professional and the company’s bottom line.”