Advertising can be one of the most creative and exciting ways for a business to promote its goods and services to consumers. But how creative with the truth can businesses be?

While modern advertising is truly multimedia in style and is no longer simply about big TV adverts, what happens when adverts, (no matter their medium), stretch the truth in their quest to engage with customers?

Can it turn off potential customers (and sales leads) altogether?

Recent studies show that millennial consumers, (a cornerstone of consumer audiences today), don’t like ‘traditional’ television, preferring to consume content (and therefore ads) via internet channels such as Youtube.

What’s more, if they’re going to be sold to, they would rather have their favourite social media stars (influencers) do it. Hence the voracious ascent of the influencer marketing industry.

According to one recent study, 29% of millennials prefer advertising that’s informative. So what happens when a business creates an advert that’s misleading?

The answer? These businesses risk turning away what the Financial Times has called “the world’s most powerful consumers.”

One brand that’s taking this particular risk in the UK is fast-food delivery business, Deliveroo through their recent television and Youtube advertisement, (below):

The advert opens with a ‘typical’ family takeaway scene, where the mother picks up the food from the Deliveroo driver at the front door.

Then something strange, (and misleading) happens.

She delves through a seemingly limitless bag of food and produces a variety of food items from various restaurants. “Wagamama, KFC Pizza Express,” the jubilant mother cries as she hands each food item out to separate members of her family.

Then comes the small disclaimer at the bottom of the advert that stipulates that separate orders must be made to order food from different restaurants.

If this was a real-life situation, the family would have to make several separate orders to get the food they wanted, resulting in staggered delivery times and people eating separately – hardly the communal culinary paradise featured in the advert.

They’ve done it before

The advert depicted a Deliveroo driver delivering food to consumers seemingly throughout the UK, (and even to someone in a field).

The ‘ASA’ steps in

The advert soon came under fire from the Advertising Standards Authority, (ASA), following complaints from viewers who said that Deliveroo didn’t deliver to their areas, despite the lofty claims made in the advert.

Currently, Deliveroo only operates in a number of urban areas across the UK, and largely within major cities. The ASA concluded that the advert’s mission statement of ordering food “where you want” was taken literally by viewers, regardless of their location – rendering the advert misleading.

What all businesses should remember when advertising…

Luckily, the ASA has come up with some pointers to advise other businesses on what to avoid with advertising to potential customers, here are some key takeaways however you choose to advertise:

This is the ‘small print’ on an advert which should be used for product or service clarification. It shouldn’t be used to hide important information. Neither should this information contradict the “headline claim,” in the advert. (Naughty Deliveroo*)

All aspects of advertising content, including a brand and product names, can count as potential claims. If your product name implies any effects or benefits that aren’t true, it could leave you open to false advertising claims.

Businesses must ensure they collect evidence and undertake the appropriate amount of research to provide “objective substantiation,” to support any claims made in an advert.

While the ASA allows adverts that exaggerate for dramatic effect, (if they’re obvious), any exaggerations that are likely to mislead customers are not permitted by the body. (While Deliveroo’s driver in the field scene in their first advert might count as obvious exaggeration, the subsequent claim of being able to order “where you want,” is not.

This has to be clear, and relate to the product advertised, says the ASA. Non-optional charges such as VAT should also be included in the advertising including delivery charges. 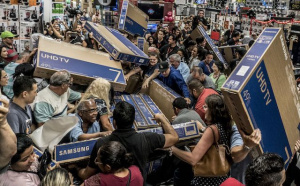 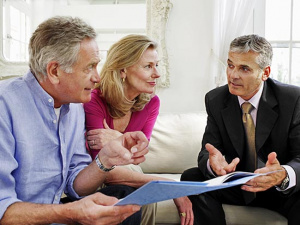