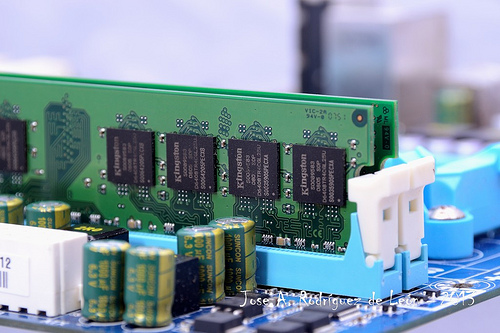 Influenced by today?s rapid cultural and technological transformations, 92 per cent of business leaders surveyed stated that speed is part of their culture. But only 24 per cent said their organisations are able to quickly take advantage of new opportunities, or adapt to unexpected changes. Three-quarters of respondents reported that they are not reacting to change fast enough.

Perceptions of competitors are similarly misguided. Business leaders surveyed were three times more likely to compare their business to a speedboat (48 per cent) than a supertanker (17 per cent), while believing the opposite of their competitors. Without a realistic understanding of internal and competitive landscapes, it can often become difficult for business leaders to guide their organisations toward positive change. The study found that the real rate of change is masked by challenges and bottlenecks inside companies. The main barrier to greater agility is the inability to effectively link technology platforms. This can lead to information silos which prevent business leaders from seeing change right across companies. The second barrier is a cultural one. Business leaders state they have difficulty persuading employees, business units, or functions to adopt a common approach.  Only one in ten respondents believe there is clarity around the direction of change among both leadership teams and front-line workers. This indicates a cultural disconnect between employees who are digitally-literate and traditionally-minded managers – as they try to move forward in different directions. This is further compounded by bureaucratic processes. Only 36 per cent of respondents say that their firms eliminate unnecessary approvals or controls in the search for speed. The speediest companies excel in three key areas: product and service innovation, adoption of new technology and business process change. Importantly, these requirements go hand in hand, yet very few companies can tick all three boxes. Only 29 per cent can rapidly re-engineer processes to support change. In addition, in faster companies, successful change initiatives originate from line managers or department heads.  Organisations, where change is initiated by the C-suite appear to have already fallen behind their competitors. They are twice as likely (53 per cent) to say they need to move somewhat or significantly faster in the next three years than a company where change originates from department heads (27 per cent). These findings realign with a recent World Economic Forum report that addresses economic competitiveness. It shows that, overall, European countries are ?trailing behind the United States, Japan and Canada in building a smarter economy,? which is one based on knowledge and innovation. The report found that across Europe, the United Kingdom is ranked fifth within the smart sub-index which assessed organisations enterprise environment, digital agenda, innovation and education and training. The rapid pace at which technology is disrupting markets and reshaping relationships with customers has driven organisational agility to the top of the business agenda. Fast companies are not only innovative and enthusiastic adopters of new technology but also able to change core business processes.  Image source By Shan? Schutte