Britain’s exports to China dropped by 1 per cent over the last decade, demonstrating that UK businesses are failing to capitalise on China’s rapidly expanding trade offerings.

Representing the world’s second-largest economy, the opportunities for trade in China are vast, yet UK companies remain reluctant to expand their exports to the country. This disappointing performance is part of a wider challenge where the UK is losing out on £48bn a year in lost exports, due to a lack of language and cultural skills.

“UK businesses are missing out because they can’t speak the languages and do not understand the cultures of the people that they would like to trade with, it is as simple as that,” says Isabella Moore, former president of the British Chambers of Commerce and a Association of Translation Companies council member.

“When you think about the amount of money that we are losing in the economy each year – the equivalent of 3.5 per cent of GDP – this is an issue that cannot be ignored.”

Companies looking to trade with China need to incorporate a language strategy into their business plans, explains Moore:

“Effective marketing and business development rests on being able to communicate in both an emotional as well as a factual way. If you look at how we market to people in our own language, we use particular words that carry deeper meanings that unless you knew the culture you are communicating in you just would not understand.”

The same level of knowledge is needed when exporting to new markets, Moore adds.

“Only being able to communicate in English creates a competitive disadvantage for businesses because customers in China prefer to use their own language when doing business.

“Not only this, it also limits businesses from developing strong contacts abroad. There are individual challenges and barriers to UK businesses when exporting to China – just like there are with all countries – such as the different currency, the different regulations, the personal distinctions in the manners of individuals communicating, but when doing business with China the main barrier is the disparities in negotiating.”

When exporting to the UK, China makes a tremendous effort to speak in our language and understand how business is conducted here, she adds, but now, as the economy grows and the power shifts, Britain’s competitors in the EU are recognising the value of expanding to China, and the UK is slipping behind by not taking advantage. 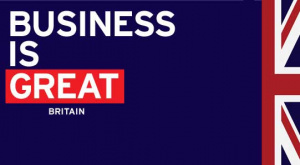