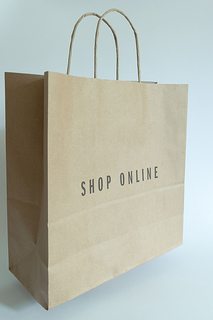 One possible explanation for this phenomenal shift in fortunes for online retailers is the rise and expansive adoption of 4G and tablets. By early September, over 1m customers in the UK had adopted 4G, the latest generation of mobile technology standards, offering faster access and greater connectivity, a full four months ahead of projections. With more operators now offering the service, adoption rates are set to soar even higher. A Deloitte survey also found that one-in-five Britons are planning to upgrade to 4G within a year; a faster rate than the majority of countries worldwide.

The fact that ten million people will soon have access to high-speed internet on their phone might not hint at a transformation of Britain?s economy, but, by looking at how this affects spending habits, a different story emerges. In a survey run by eCSI, over 34 per cent of smartphone owners were more likely to purchase an item on their mobile device due to 4G connectivity. This can be attributed to increased speed and responsiveness streamlining the online shopping experience. In turn, this will impact a multitude of online businesses, driving revenue and increasing conversion rates.

Tablets turning the tables on tradition

Alongside the roll-out of 4G, tablets are also changing how consumers interact with online retailers. This is exhibited by the increase of tablet sales by 38.7 per cent during Q3 of 2013, while PC sales continued to decline. This rise in mobile handsets means consumers are interacting with ecommerce sites in a more fluid manner, with the customer able to purchase items wherever they are. This mobility allowing individuals to react quicker to adverts and recommendations, augmenting impulse buys. The introduction of low-cost tablets such as the Aldi Lifetab, which sold out in its first weekend, is bringing mobile technology to the masses. Combined with the fact that 69 per cent of tablet owners make at least one monthly purchase on their device, the potential for the economy is huge. With the increasing simplicity of mobile shopping and the proliferation of devices that make this possible, millions of consumers are spending more than ever online. Britain in particular has the highest online spend in the developed world and, with 4G and tablet uptake on the rise, many more people are set to engage with ecommerce traders.

Gazing into the future

The encouraging uptake in tablet use and introduction of high speed mobile internet has the ability to impact businesses of all kinds and shape the economy. The fact that it is easier and quicker for consumers to make purchases means that people are able to engage with online retailers no matter where they are. Small companies will benefit from this as potential customers will react quicker to word-of-mouth recommendations, a key aspect of driving traffic. This means they have the chance to grow, which will create new jobs and encourage other entrepreneurs to set-up-shop. The increased visibility will be particularly effective for online businesses, as, due to the small start-up costs, an increase in consumer spending is obviously going to be beneficial. The increase in mobile technology also has the potential to shape the economy by strengthening larger businesses too. With the ease of shopping on the go, consumers will react to advertisements immediately. This will lead to customers visiting the site immediately, rather than forgetting about it. If these companies can use this increased traffic to improve their sales figures or their average transaction value (ATV), they will look to expand. Again it can lead to more jobs being created as businesses gain a greater market share. Despite promising statistics, achieving growth in 2014 is by no-means guaranteed. As consumers spend more money on ecommerce sites, they are also becoming more discerning about where they purchase these items. They expect sites and interfaces that are both responsive, fast and personalised across all their devices. This means that it is imperative businesses invest in customisable multi-channel environments. In the words of the great Stephen Hawking ?Intelligence is the ability to adapt to change? otherwise you run the risk of being left behind in the mobile revolution. Mike Harris is VP EMEA of Monetate. Image Source