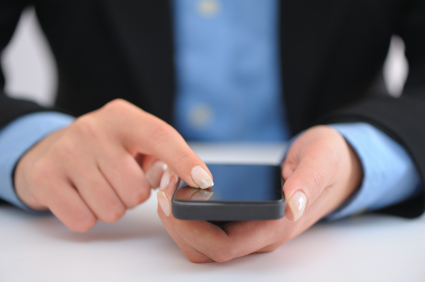 Showrooming is now so popular that in November the verb was named as one of the Oxford English Dictionarys words of the year. While some retailers have seen a threat in shoppers use of smartphones to compare prices, retailers such as John Lewis have actively enabled their customers to check their phones by providing free wi-fi, and Dixons Retail has said it is developing QR codes that will enable its customers to use their phones to compare prices in store. Its a smart move. An Omnico study last year found that while one in ten shoppers inspecting their smartphones would be buying from a rival, 15 per cent would be checking prices or stock availability on the retailers own website, with 23 per cent reading product reviews from the store. The phone is used, argued Omnico, to bridge a missing information gap between online and the store. Competitive retailers will likely judge that enabling showrooming will, on balance, lift their own sales.

More transactions happen over tablet computers than smartphones, figures suggest. Figures showed that 26 per cent of ecommerce sales took place over tablets in the fourth quarter of 2013, and six per cent over smartphones. So, it’s important to optimise for the significant, and growing, group of customers who are viewing a website from a mobile device. House of Fraser and BrandAlley are among the retailers who have already introduced responsive websites in answer to this shift in consumer behaviour. House of Fraser took the step recognising that more than half of visitors to its website came via mobile devices. Thats a statistic more retailers are recognising, and for them the time has certainly come to consider making sure their site functions well, if not better, over mobile. BrandAlleys chief executive Rob Feldmann will speak in the Mobile and Mobility conference at IRX 2014 on Thursday March 27 on how the flash sales site went about designing its mobile strategy around the way its customers already used mobile phones and tablets.

Discounting has gone mainstream during this age of austerity, and shoppers are now well used to using their phone to show vouchers to retailers and restaurateurs. New technology now means that companies can target customers based on their current location. The Swan Centre shopping mall in Eastleigh, Hampshire, recently became the first in the UK to use Beacon technology to enable its resident retailers to send offers direct to customers phones as they pass by. In practice this means, Mark Robinson, investment director at the Swans owner Ellandi, told Internet Retailing, Our merchants are now able to communicate directly with customers and positively influence their spending patterns without having to lift a finger.

When smartphone owners are on the move they are most likely to turn to the devices when they need to access the internet. On a shopping trip they can fruitfully use them to check store locations and to check stock. Checking branch stock from a phone can save them a long and possibly wasted journey. The long-standing popularity of Argos Check and Reserve mobile phone app rests on exactly this premise. At its last half-year results the general merchandise retailer said 43 per cent of its sales were now made online, including those made through that app. Forward-thinking retailers are now following suit, looking to achieve the full visibility of stock that underpins such services.

Make sure payments are secure

Customers started off using mobile devices to browse the internet. Today theyre becoming ever more likely to use that device to buy but offering customers security and choice when they pay over their mobile phone is important. There are many ways to pay over mobile and a consensus is still emerging about which approaches will succeed in the long-term. Digital wallets seemed to be an answer, but in a very competitive market 02 has already scrapped its wallet product because of poor uptake. A new alternative has emerged in the form of Zapp, which has already signed up many UK banks and payment processors to what it promises are simple and secure mobile payments, set to go live in September. Ian Jindall is ane-commerce expert.