As the world shifts to mobile, a surge in mobile payments is being recorded. The quarterly Mobile Payments Index, published by Adyen, shows that globally, mobile now accounts for more than a quarter of online payments for the first time. In the UK, this rises to 43 per cent.

“In the UK, we’re seeing very strong growth in the mobile channel, which commanded 43 per cent of online transactions in Q4 – that’s a huge percentage and far ahead of the global average,” says Myles Dawson, UK country manager for Adyen.

“The UK retail sector in particular is leading the way to capitalise on the popularity of the mobile channel, with businesses such as Superdry and Moss Bros refocussing on integrated omni-channel ecommerce strategies and rolling out innovative mobile point-of-sale initiatives.”

December showed the highest proportion of mobile payments at 26.6 per cent, followed closely by November at 26.1 per cent.

This end-of-year spike suggests that shoppers are more likely to make purchases on mobile as the global peak shopping period hits in November (Single’s Day in China, Black Friday and Cyber Monday in the US and globally), and December (the Christmas shopping period).

“Across all industries including retail, gaming, ticketing, and of course digital goods, we see the emergence of successful businesses offering a mobile-only experience,” says Roelant Prins, chief commercial officer at Adyen.

“For many companies, mobile is now the primary sales channel, rather than simply a key sales channel, aided by the accelerated growth of mobile payments globally in the last quarter of 2014. A ‘mobile-first’ strategy is becoming a reality for more businesses as we move into Q1 2015.”

In the battle of the brands, the iPad has maintained a slight lead, accounting for 34 per cent of mobile transactions, with the iPhone at 32.3 per cent, and Android phones at 25.3 per cent.

This is dramatically different from one year earlier in Q4 2013, when more than 40 per cent of mobile transactions were on iPad, compared to 32 per cent on iPhone, and just 20 per cent on Android phones.

If the current trends persist, Android may surpass the iPhone and iPad in the latter half of this year and the iPad is likely to lose its lead over the iPhone in the near future.

Smartphones continue to pull away from tablets as the preferred mobile device, with 58 per cent of mobile transactions made on smartphones and 42 per cent on tablets.

This continues the trend from previous quarters – in Q4 2013, the split was approximately 53 per cent on smartphone versus 47 per cent on tablet. This surge correlates with a global trend toward larger screens on smartphones.

However, tablet transaction volume is still growing overall, with 10.8 per cent of global online transactions in Q4 on tablet compared to 10 per cent in Q3. 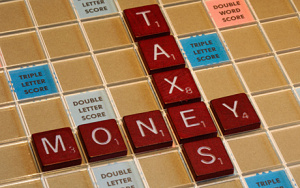 Non-doms to feel the squeeze as government takes more action