UK consumers lead the world in mobile commerce and smartphone use, but most have resisted making mobile payments, according to an eMarketer report earlier this year. While there are a small number of consumers who can tap their smartphones to pay for their Americanos in London, the opportunity is there for adoption.

In San Francisco, you can walk into a coffee shop and frequently use one of no less than three different mobile payment methods. But does this mean that the US is more innovative when it comes to mobile payments?

The current mPOS fad certainly started in the Bay Area. In 2009 Jack Dorsey was able to create Square only because the US was already so far behind other developed nations, such as those in Europe, when it comes to payment. Since Valentines Day 2006, consumers in the UK have been using Chip and PIN cards to make payments rather than swiping and signing. In the US it’s still common to use the magnetic stripe on a card and not even sign, let alone enter a PIN. The market in the UK had developed in such a way that it made no sense to build a company or product like Square.

That hasn’t stopped dozens of entrepreneurs from emulating Square and creating chip capable mobile payment devices. Until recently, however, the requirements enforced by companies like Visa on these devices made them almost unusable. Despite this, demand for these products is apparently so great that you can now buy them off the shelf at John Lewis and Staples. Being able to take credit card payments cheaply and conveniently is undoubtedly appealing.

mPOS isn’t really mobile payments though. The “terminal” is mobile, but the payment instrument the customer uses is still a plastic card. Arguably however, this does take a step towards one of the ultimate problems of mobile payments in a physical store: queuing. Apple stores across the globe equip employees with mPOS devices, but customers are still paying with card or cash.

In my eyes, real mobile payment innovation requires two things to be successful. Firstly, the customer must use their mobile device to complete the payment and, more importantly, by doing so the transaction must become simpler, easier or better than whatever existed before.

Last time I was in San Francisco, I spent several hours in different coffee shops, watching how many customers use the various mobile payment options available. Invariably it was infrequent, at best. On the occasions that customers did try, it was clear that the experience could have been easier for both the coffee drinker and the barista if a $5 note was handed over instead. Having to unlock a phone, find and load an app, scan or present a code, wait for data to be sent and received, often over sketchy 3G or EDGE networks, is not simpler, easier or better than using cash.

There are two great London-based startups who are pushing the philosophy in a way that five years ago, one might have only expected from Silicon Valley based companies. Hailo and YPlan are both using mobile to disrupt traditional experiences. While they make hailing taxis and finding great events extremely simple, other companies are solving these same problems but not seeing the same levels of success.

It’s the fact that you can pay for your cab or tickets from the app by simply acknowledging you want to make the transaction that has made them so successful. You don’t need to worry about having enough cash on you to get a cab, or about the additional cost of using your card; this is a shining example of how mobile payments should be. These British startups are making more of an impact in the US than any of the American payment companies are in the UK.

So far, there are no winners in mobile payments on either side of the pond. The incumbents are trying but, as we’ve seen with Weve, are struggling to launch anything, let alone make an impact and typically joint ventures between operators don’t have the best track records. It’s startups that are seeing the most traction when it comes to mobile payments. This is because they’re looking at solving the problems of payment through a fresh set of eyes, without the burden of legacy and treating it as much as a user-experience problem as a technical one. The innovation we’re currently seeing in London means mobile payments could well be the field that elevates “Silicon Roundabout” into the same league as Silicon Valley.

Ed Lea is founder and CEO of Paddle. 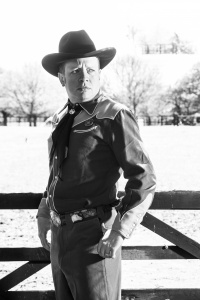 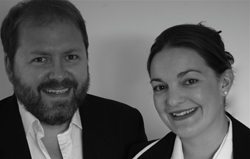