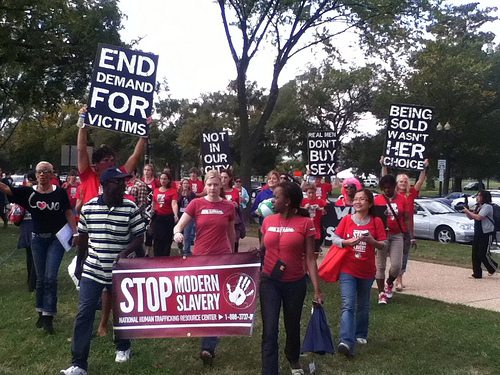 A report from Queen’s University Belfast’s School of Law, commissioned by the Joseph Rowntree Foundation, is the first to analyse forced labour in the UK from a business perspective. It explores how businesses make money from forced labour – where workers are forced to work against their will and face penalties, ranging from the loss of rights or privileges, or loss of their job to physical violence, if they refuse to co-operate.

With commercial cannabis cultivation growing rapidly in recent years, the report highlights how those forced to work in ‘grow-ops’ are usually Vietnamese children and adults who are smuggled into the UK and coerced to work through debt-bondage and threats to their families. It also examines the factors at work in the food and construction industries which lead to forced labour. Professor Jean Allain from the School of Law said: “As the Government prepares its Modern Slavery Bill, this is a timely analysis of how certain businesses in the UK profit from forced labour. While a great deal of attention has rightly been paid to the experiences of victims, very little consideration has been given to how people actually make money using forced labour. This understanding of the business dynamics of forced labour is crucial if we are going to try to end such exploitation. Businesses use forced labour to make money, and they do this in one of two ways – by either minimising costs as a result of offering minimal pay and failing to provide basic entitlements such as pensions or sick pay; or generating revenue by charging workers for additional services, including visas, travel expenses, accommodation or transport to and from the workplace. The UK is unique as its percentage of agency workers is more than double that of any other EU country. That sector of the labour market which works at or near the minimum wage and often on zero hour contracts is susceptible to forced labour. This is the reality of a ‘flexible workforce’ for people at the wrong end of the labour market.” While the report explores forced labour in three specific sectors, it is an issue right across the UK economy. Forced labour in supply chains of UK businesses is something that policy makers must address and the upcoming Modern Slavery Bill is the ideal opportunity to do so.  Highlighting some of the characteristics of the food and construction industries that make workers in these areas susceptible to forced labour, Professor Allain said “The food sector employs 3.7m workers in the UK, which is 13 per cent of the workforce. Over half of these jobs are part-time, and low-wage migrant work is increasingly common. The seasonal nature of agricultural food production, along with the constant pressure for low prices by the supermarkets means that a section of agricultural workers at or near the national minimum wage are at increased risk of forced labour. The construction industry employs over 2m people in the UK, around 40 per cent of whom are part-time. Lengthy labour supply chains are characterised by high numbers of sub-contractors and unregulated labour hiring agencies. Some90 per cent of the UK’s construction firms employ fewer than ten workers, and these small businesses face huge pressures to reduce labour costs. The practice of bogus self-employment is sometimes used by employers and labour agencies to evade rights and entitlements such as holiday and sick pay and pensions. In this context, and where the industry is often cash-in-hand, the possibility of finding forced labour in your labour supply chains is real.” Image Source By Shané Schutte