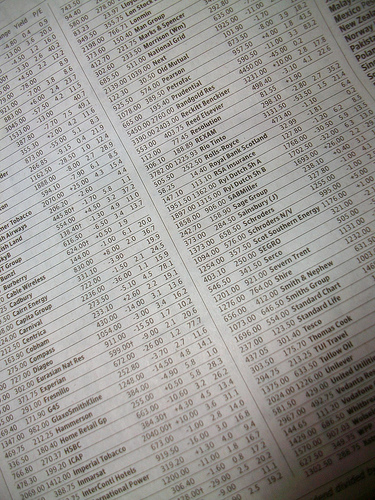 Deloitte research on FTSE 100 directors? remuneration shows that companies are seeking to better align the interests of directors and shareholders in response to shareholder expectations and the government?s new rules on disclosure and voting.

35 companies have implemented new long term incentive plans in the past 12 months, more than at any time in the last ten years. And last year, almost half of FTSE 100 companies operated more than one long term plan, this has now fallen to less than 30 per cent.  Stephen Cahill, partner in the remuneration team at Deloitte, said: ?A particularly striking finding from this year?s analysis is that in over a quarter of the performance share plans the participants will not receive any shares for five years. Overall, almost half the long term plans in place are now based on time periods longer than three years.? ?Shareholders are also now taking a robust position where policies and practices are not considered to be in line with best practice.? Salary increases continue to be modest with fewer companies giving directors increases in excess of three per cent. This is further demonstrated by the fact that 35 per cent of chief executive directors and 30 per cent of other executive directors received no salary increase.  There has been no change in the median potential bonus that may be paid in FTSE 100 companies generally but the median has decreased in the top 30 companies and actual bonus payout amounts continue to decrease.  Cahill concludes: ?A key expectation of shareholders is that companies will be able to claw back incentive payments and share awards where they were clearly inappropriate. This is rapidly becoming normal and accepted practice and provisions allowing sums already paid to be recovered are now in place in over 40 per cent of companies.? Image source By Shan? Schutte