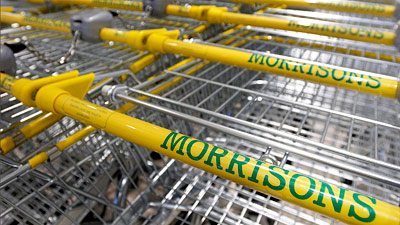 Today’s first quarter results reflect the slowdown in growth that Morrisons – and pretty much everyone who operates in the retail space, food or otherwise – has faced in recent times.

The numbers aren’t very encouraging, as they’re sharply down on the six per cent growth rate the chain achieved in the 12 months to January 31. In turn, those figures were down on the 8.2 per cent reported in the year before. But Morrisons, which has more than 400 stores across the UK, says that despite the “challenging” economic environment, it’s still in a strong position, and continues to outpace and claim market share from its rivals. But why the slower growth? Well, says Morrisons, there’s the “virtual elimination of food inflation” to blame. Right. So it isn’t charging us more for our food. Are we just buying less food then? For entrepreneurs, what is more telling is that despite the slower growth, Morrisons hasn’t changed its forecast – its expectations for the current year remain unchanged. So the message seems to be that although the economic environment and consumer spending still aren’t at pre-recession levels, you should keep calm and carry on.