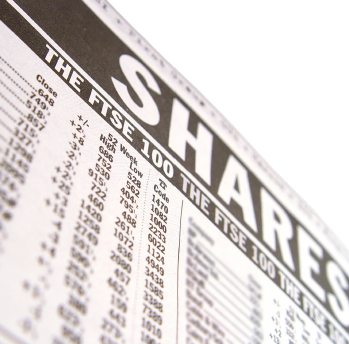 A career in finance is proving to be the best preparation for taking the leading role in the top performing companies on the FTSE index, according to new research from Robert Half UK. The annual Robert Half FTSE 100 CEO Tracker analyses the background and experience of current FTSE 100 CEOs and shows that 52 per cent of current CEOs have an accountancy or financial management background.

In comparison, 21 per cent of FTSE 100 CEOs have a background in engineering or natural resources, nine per cent in retail, eight per cent in marketing, four per cent in technology, and six per cent in other industries. An immediate progression from CFO or financial management to the top spot turns out to be most likely; just over one in ten moved from a previous finance role within their current company to become CEO. The trend continues, with 10 of the 18 new CEOs to join the FTSE 100 (whether promoted or newly joining the Index) between 2012 and 2013 having a finance background, too. The nine new companies entering the index cover a wide range of industry sectors including transport (TUI Travel and Easyjet), commodities (Glencore) and engineering support services (Babcock). Newly appointed CEOs include Sam Walsh, CEO of Rio Tinto since January 2013 and Nigel Wilson, the CEO of Legal & General since June 2012. While the average FTSE 100 CEO continues to be aged 53 and male, there are signs that the diversity agenda is taking hold. The vast majority of CEOs (81) are at least 50 years old. The number of ?Oxbridge? graduates has fallen by 28 per cent, from 21 in 2012 to 15 in 2013, while the number of women CEOs remains low at three. Other indicators suggest that the gender imbalance has stagnated with 17.3 per cent of FTSE 100 board directors being female, down 0.1 per cent from last year.  ?The diversity mix in the FTSE?s top boardrooms is beginning to change but perhaps not quickly enough,? said Phil Sheridan, UK managing director of Robert Half. ?Great talent can be found and nurtured across the gender, background and age spectrum and companies should review their succession planning and recruitment strategies to ensure they can leverage the range of talent available.?