Office Space in Town: The one that loves a good old theme

If you’re truly after the best and most unusual places for business meetings then Office Space in Town is right for you. It offers a series of themed, boutique locations across the UK, six of which can be found in London.

The two quirkiest office spaces on offer, according to UK bosses, were in Waterloo and Liverpool Street. The former features designs lifted from Alice in Wonderland. For instance, there are Cheshire cat prints, corridors fitted to look like the Queen of Heart’s croquet field and, in its reception, the torso-less body of Alice herself. Her head emerges from the roof.

London Liverpool Street, on the other hand, takes its inspiration straight from Monopoly – it has “Chance” chests as coffee tables, and a “Go” sign hanging within its reception. 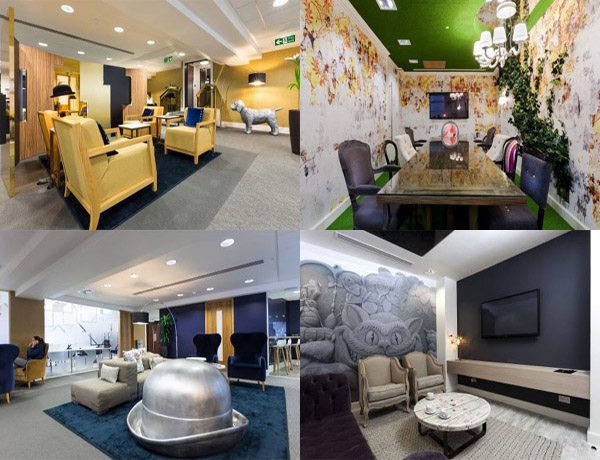