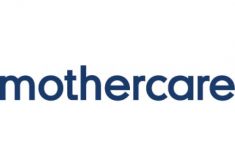 Mothercare, while successful abroad, has suffered from falling sales in the UK as it struggles to compete with supermarkets like Tesco?and the growing ecommerce market for mothers. Current CEO Mark Newton-Jones will reduce the number of stores in the UK from 220 to 160. The firm currently has around 1500 stores worldwide. Newton-Jones thinks of this as reformatting its physical presence in the UK. He told Reuters: “The mix of stores will change from 2/3 in town and 1/3 out-of-town to the polar opposite, so we are effectively closing smaller stores to open bigger ones.” Mothercare will now be looking to increase its online presence and product ranges – including a focus on photo and video content, and reforming “antiquated systems and uninspiring stores.” The rights issues, which offers new shares at 125p each to existing shareholders, is fully underwritten by Numis, HSBC and JP Morgan Cazenove.