A new study looking into what contributes to employee loyalty has found regular pay rises, rewards and bonuses and a good holiday allowance are amongst the benefits that keep Britons happy and motivated with their job roles.

It was also found that more than a third of Britons have previously stayed in an unhappy job for at least a year longer than they wanted to.

The team at www.hampers.com conducted the research as part of ongoing study into the elements of a job role that motivate British employees and prevent them from looking for alternative employment elsewhere. Over 2,500 British adults took part in the anonymous study, all of whom have worked in the same company for at least three years or more.

When asked to state if benefits such as team nights out, meals and corporate gifts (i.e. for their birthdays, Christmas etc.) from their company contribute to their general happiness at work, 69% agreed that they do, with just over a fifth (22%) of Britons admitting that they have no impact on whether or not they would stay in a place of employment. The remaining 9% expressed no opinion either way.

When delving deeper into the aspects of a job role or company that UK workers would state keep them ‘happy’ in a job role,  regular pay reviews or rises unsurprisingly emerged as the top answer, with the breakdown of biggest incentives revealed as follows:

3.     Increased holiday allowance based on number of years at company – 54%

4.     Flexible working opportunities (e.g. to fit in with childcare/working from home etc) – 44%

It was also found that more than a quarter of Britons admit that working with colleagues they consider to be close friends would keep workers more content in a job role (26%), whilst the ability to trust managers and the wider company morals is also a factor in how long they’d be happy to stay in a position.

“It is the small gestures that companies put in place across their entire workforce that can go a long way in ensuring a low level of staff turnover,” Patrick Gore, Managing Director of www.hampers.com said.

“Giving employees rewards and job motivation based on the hard work and dedication to their roles, regardless of whether these are financial benefits, on-the-job training or in the form of regular corporate gifting, are key to good retention.”

“Keeping up spirits and rewarding staff for a great job or going the extra mile, especially in tough circumstances, will be an important factor in keeping morale alive in the coming months.”

Of the participants who admitted that regular pay reviews or rises are a fundamental component to staying happy in a role, 54% stated that they were offered pay reviews at least once a year or more.

When looking at the reasons behind why Britons have stayed in a job they didn’t enjoy, it was found 35% have stayed in a role that made them unhappy for a least a year or longer than they originally intended to. As many as 11% also admitted to working for a company they are unhappy at for more than three years.

“Whilst one could argue that in the current economy staff are unlikely to be seeking out new roles when they already have secure employment, no company is going to want their staff feeling unhappy or demotivated,” Gore added. 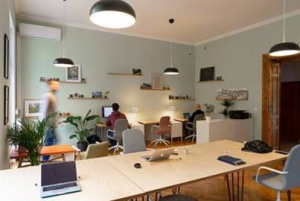 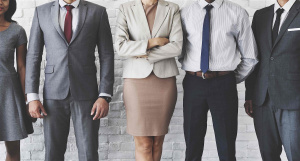 The best medium-sized businesses in the UK