Twitter acquired Vine for a reported $30m in 2012. It wasn’t just that the video clip startup was unique and original that made the move so notable – it hadn’t even launched. But now Vine closing down is the newest development.

“Since 2013, millions of people have turned to Vine to laugh at loops and see creativity unfold. Today, we are sharing the news that in the coming months we’ll be discontinuing the mobile app,” said a Vine statement on 27 October.

So, for a service that had so much potential it warranted being snapped up before hitting the market, where did it go wrong?

Vine was released in January 2013 and positioned as a sort of visual extension of Twitter. While Twitter gave its users just 140 characters to write with, Vine provided just six seconds to create a video.

It may not sound like much, but the challenge Vine presented resulted in an impressive array of creativity showcased across the social network.

In fact, it served as something of a catalyst for early adopters like comedians King Bach and Dapper Laughs, who subsequently found social media stardom and, as a result, wealth.

For context, in December 2014 it was reported that Vine users with strong followings could charge brands between $20,000 to $50,000 for running advertising campaigns. Not bad for six seconds’ work.

King Bach, commonly regarded as the number one Viner, had 9.6m followers at the time of the report and was said to command $10,000 to $15,000 a month from sponsored Vines.

A quick look at his account today and he has 16.2m followers, while his Vines have been viewed more than six billion times – you can only guess how much he commands now.

Not all brands used the influencer route though. Many, such as Gap, Samsung and Oreo, received a pat on the back for efforts with Vine.

But how did Twitter and Vine grab hold of this obvious goldmine that was creating so much profit for its users?

Well, we know that Twitter itself has had trouble around leadership changes, job cuts and slow growth, but before Vine closing down, the video network had high levels of activity and grew rapidly to begin with. But those who had harnessed Vine in the beginning to help shape it, like King Bach, started to jump ship to other platforms.

One nail in the coffin came early on as Instagram took aim at Vine with the launch of video in June 2013. A feature that worked for not six, but 15 seconds, offering the opportunity for brands and users to get a longer message out.

As of March 2016, this was extended to 60-second videos, ten times more than that of Vine, but still the Twitter-owned app didn’t truly adapt. It teased a beta launch of 140-second videos in June and nothing much else appeared to have been executed, which will have undoubtedly contributed to Vine closing down.

Facebook-owned Instagram had the added benefit of a clear cut monetisation strategy in place too, which allowed it to secure the attention of large brands as advertisers.

More recently, Instagram introduced broader support to attract SMEs, in the same way its parent has successfully done, and crossed the milestone for 500,000 advertisers.

Snapchat is another service that contributed to Vine closing down, even if it didn’t seem obvious at first. After all, Snapchat was designed with the purpose of sending photos and videos that would disappear after being viewed.

But then came Snapchat Stories that stored videos and photos for 24 hours in October 2013, which was followed by its moneymaker Discover – a hub where it displays sponsored content from Daily Mail, IGN, Buzzfeed, Sky Sports, MTV, National Geographic and more.

Seemingly, Vine closing down is a result of a belief that its once original offering would be enough to keep it afloat without moving forward.

You only have to look at the launch of Instagram Stories – yep, a Snapchat-style feature – to see that nothing is sacred in any marketplace and a business cannot afford to sit still.

At last count towards the end of 2015, Vine had 200m users and even that couldn’t save it from closing down. A company in the process of growing, even if it’s rapidly, should still be aware of threats developing around it.

The Vine blog continued: “We value you, your Vines, and are going to do this the right way. You’ll be able to access and download your Vines. We’ll be keeping the website online because we think it’s important to still be able to watch all the incredible Vines that have been made. You will be notified before we make any changes to the app or website.

“Thank you. Thank you. To all the creators out there — thank you for taking a chance on this app back in the day. To the many team members over the years who made this what it was — thank you for your contributions. And of course, thank you to all of those who came to watch and laugh every day.”

Not only is this a lesson for business leader to stay sharp, it’s also a case of being absolutely certain that selling a company is going to result in it heading in the direction that was intended.

One of Vine’s founders certainly didn’t expect his business would have had such a short shelf life, if the tweet below is anything to go by. 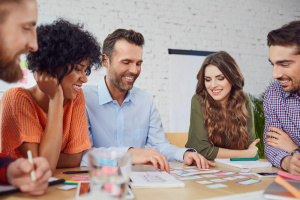