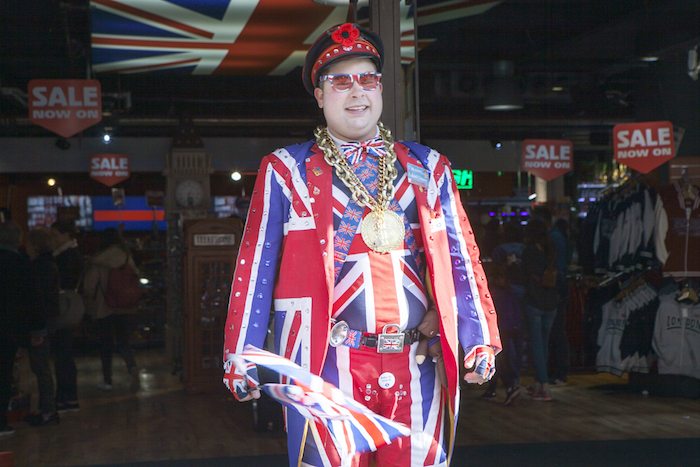 Share via
Recent research by GS1 UK found that the desire to buy British was not only back in vogue but being driven specifically by small businesses. Looking at data from 2016, the organisation found a resurgence of small businesses, with 78 per cent of their members reporting a turnover of ?500,000 or less in comparison to just over 50 per cent in 2015. The findings also suggested that 80 per cent of consumers were attaching greater importance to factors such as heritage, provenance and traceability when choosing products.

These statistics demonstrate the true value of our small businesses, and alert us to the fact that such data can provide valuable insight into consumer trends of the future. With Brexit looming, a plan to buy British looks likely to be a significant inclination. That said, the tech sector seems to be the major investment attraction, whilst other industries garner less and less attention from venture capitalists focussed on replicating American tech startups here in London. In 2016 alone, investors poured ?6.7bn into UK tech companies, of which just under ?2bn came from venture capitalists (as opposed to private equity or M&A deals). As a result, the UK?s tech space secured more investment than any other European country last year. This has not escaped the government?s attention, with Theresa May having described the tech industry as a ?British success story?, pledging a ?2bn fund to boost key technologies.

More than a one-trick pony

Tech, while steering innovation can?t drive disruption single-handedly, and any wise investor knows not to put all their eggs in one basket ? regardless of how attractive the technology rollercoaster might seem. Whilst the tech sector?s rapid growth and potential for significant returns should not be downplayed, the funding net needs to be cast wider in order to put the UK on the front foot for leading innovation across all sectors. Our food and beverage industry, for example, is currently worth ?100bn ? making it the UK?s largest manufacturing sector. Like tech, this lucrative industry has given rise to impressive startups which have succeeded in transforming and disrupting their given category. [rb_inline_related] Fever Tree, for instance, has always striven to change the way consumers think about tonic water, and you only have to look at the upward trajectory of its?share price to see that investors think it?s working. Enter the buy British trend. Other notable home-grown startups include Bear Nibbles, Nak?d bars and the Camden Brewery, all of which secured ?50m+ valuations in corporate finance transactions. Historically, we?re a nation that?s made its mark in manufacturing and, as the birth place of the industrial revolution, it?s time we started giving more thought to the opportunities for disruption outside the tech bubble. Yes, we should invest in our digital economy ? it?s imperative we have these skills in our workplace and would be short-sighted not to nurture them. But we?re not Silicon Valley and shouldn?t strive to be.

Unfortunately there are fewer funding opportunities for entrepreneurs innovating outside techland, forcing some ? such as Pact Coffee ? to turn, unsuccessfully, to crowdfunding platforms. The dearth of funds available for those entrepreneurs is what prompted my partner, Frank Lampen, and I to set up our own corporate venturing and innovations agency Independents United ten years ago. Since then we?ve focussed on finding budding drinks entrepreneurs who we believe have the power to truly disrupt the beverage industry. We partnered with Diageo to create Distill Ventures, the world?s first spirits accelerator, to foster an environment in which the very best entrepreneurial ideas could flourish. This model could easily be applied outside the drinks sector ? to food and groceries, retail, or even healthcare.?Creating an environment of opportunity is beneficial for the whole business ecosystem. Competition between entrepreneurs who have the means to bring their ideas to fruition leads to innovation, which is good for consumers, good for business and ultimately, good for the UK. With bright ideas and entrepreneurs abound, venture capitalists and legacy corporations have never been so spoiled for investment opportunities. By offering their guidance to our non-tech entrepreneurs, the UK could see buy British the next leading trend. Shilen Patel is co-founder of Independents United Image: Shutterstock