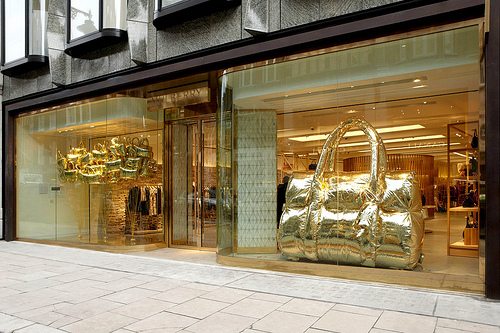 Wholesales also declined by 31 per cent, while retail sales dropped by ten per cent. This could be due to the fact that the company has been operating without a chief executive or creative director.

But it seems that they are planning to put up a fight. Godfrey Davis, executive chairman since March this year, said: ?I think the focus on the higher price point was a mistake. But we have addressed the issues. The UK is looking quite resilient for core customers now.? Indeed, keeping the UK’s more savvy and price-saving intentions in mind, Mulberry recently released a cheaper range called Tessie. ?The new products are beginning to reach our shops, with further new product being offered in our shops during November,? he explains. And the company is on the search for a creative director. Since the departure of Emma Hill, Mulberry was unable to showcase any new collections during Fashion Week, which would have undoubtedly given them much exposure. It is rumoured that designer Johnny Coca from French company C?line may have been secured for the position. Image source