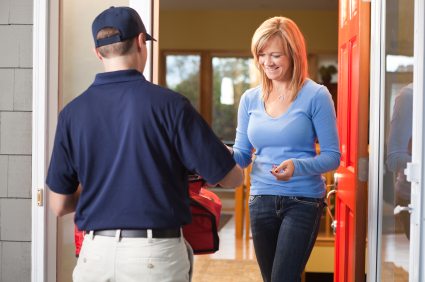 Serial entrepreneur Rich Martell has decided to disrupt the restaurant industry. His latest brainchild, Munch Delivery is a soon to be released app that will provide well-known high street restaurant chains without delivery facilities with a portal to manage food takeaway.

A key feature of the Munch service is the ability to track the location of your food on its journey from the restaurant to your home. With this it seems to hit the nerve of our local, mobile time. Prior to Munch, Martell had already received significant attention in London’s tech startup community. In 2010, his final year at UCL university, he created FitFinder, a website which allowed students to tag and geo-locate attractive peers. The project was initially conceived as a joke for Martell to “let some steam off whilst [he] was revising for [his] finals.” But the website quickly became a viral hit amongst students and received substantial attention from the media.  UCL were quick to clamp down on the potential negative associations of the website and forced Martell to close it down. Martell told Real Business: “I never really took it seriously as a business concept but in the end it is what got me started in my career.” When probed about whether he would have done anything differently, he says: “The only thing I would have changed was to push back at the university slightly more before I shut it down.”  Martell, both of whose parents are entrepreneurs, knew from a young age that he wanted to run his own business due to “want[ing] the lifestyle that they had.” Prior to the creation of Fitfinder he had planned on fulfilling these aspirations later on in life. However, after university and a six month stint in banking these plans were brought forward: “It was probably then that I realised that the time was right for me to start something serious.”  In early 2012, building on the nascent success of Fitfinder, Martell rebranded the company as Floxx, a creative agency focused on mobile products. Floxx was initially an entity which created its own apps. However, the business changed its focus to client work after Martell realised just how competitive the industry is: “The app development market has very low barriers to entry so it was tough for us to get any breaks in that industry when 20 companies take [around] 90 per cent of the revenue.”  Floxx is still a going concern, with Martell working with clients on a day to day basis. However, recently the bulk of his focus and energies have been taken up by Munch. The vision for this new business is to offer consumers the ability to be able to order and have food delivered from their favourite high street chains.  Munch are not due to trial their service until May but will be delivering well-known high street brands including Wagamama, Nandos, Pizza Express and Gaucho for the test period. The concept received market validation when over 500 London based people signed up to a landing page advertising such a service. In March Munch was accepted onto Wayra, Telefonica’s incubator for startups. Martell decided to enter Wayra due to previous dealings with the entity, when he helped out with the mentoring team. When asked why he applied to them as opposed to any of the other accelerators he says: “There is a different vibe at Wayra compared to other incubators – a very community driven one. With Munch we realised that the problem we are solving is not an easy one and so the added weight of Telefonica behind us does aid us with business development conversations.” Despite not having formally started on the programme, Wayra have already lined up a meeting with the founder of several well-known chain restaurants. Martell believes that restaurants have been slow to adopt technology, and cites the example of them being under capacity outside of peak times: “If you’ve ever been to Pizza Express on a Tuesday or a Sunday night you will realise that they are not even close to capacity.”  He believes that Munch will help solve this problem by allowing restaurants to “have the opportunity to utilise their kitchens and cater for people who want to enjoy their food from the comfort of their own homes.” This is likely to help restaurants improve their operating margins as it means that fixed costs such kitchen staff wages, rates and electricity will be spread more evenly. One of the key features of the Munch experience is to give customers the ability to track their order in real time. Martell says “We are going to be allowing customers to follow their food on a map from the restaurant to the door.” The business model has two revenue streams, consisting of a revenue share with the self-employed delivery driver, and a percentage of the total order value from the restaurants.  The trial service of Munch will be tested on Apple’s iOS platform with a small set of customers who are based in the city, and are cash rich and time poor. Martell is aiming to grab the attention of this market by conducting a series of PR stunts outside the banks and on London’s tube and bus network. He says, “We want to grab people’s attention right at the point that they are thinking about food and often that is on the way home from a long day at work.” Nick Levine is a chartered accountant by training, works in business development for Duedil and is a freelance writer in his spare time. His areas of interest are business, technology and culture.

Pros and cons of using open source software in your business