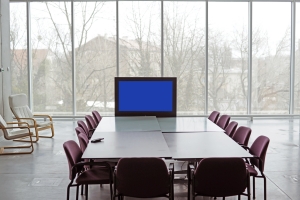 This follows the much publicised departure of the Chairman of the Co-op bank, Paul Flowers, the details of which don’t need revisiting here. Frankly, reading what’s been reported, you’d be hard pushed to make it up.

The blame for this devastating blow to the company’s capital base and the huge damage to its reputation, has been placed firmly at the boardroom door. So how has this 170 year-old company ended up pretty much on its knees, and will any solution signal an end to its co-operative values and principles, which are rightly held so dear? In answering the question of what went wrong, Lord Myners’ review into governance at the Group clearly identifies a number of failings by the board. The board is accused of hiding behind a façade of control while severe weaknesses in its structure created weak governance and strategic misjudgements. It singularly failed to scrutinise management decisions as good governance demands. The report highlights the “value-destructive” takeover of Somerfield and Brittania, which entirely absorbed the board’s attention leaving far too little time to devote to the rest of the business, including ensuring that the Group’s IT platform is fit for purpose. Regrettably, none of this came to light earlier because no one, either externally or internally, held the board to account. Co-op’s members were hamstrung.  Fundamentally, the Group’s 20 directors – something of a full payload – proved too inexperienced and lacked the skills to promote the company’s financial success. What is clearly now needed is a professional board to run the organisation but this need not compromise the Co-op’s values and principles. In brief, Lord Myners’ recommended solution to convene a much smaller board consisting of an independent chair as well as both executive and non-executive directors, all recruited on the basis of having the relevant skills and qualifications needed to run the Group while holding views consistent with the values of the co-operative movement. The board would sit beneath a council representing member’s views. The board’s role would be to oversee the management while the council would set the vision, mission and values of the organisation. The members’ council would, at last, have significant authority, being also able to appoint/annually re-elect the members of the board, in accordance with the above.     This has the look and feel of a robust, sustainable solution. One that should inject much-needed professionalism into the boardroom while also including checks and balances to ensure greater accountability. The fact that Co-op is run as a mutual should not in any way impact on boardroom efficacy, nor should it imply that directors are any less skilled than those within shareholder-owned organisations. It’s a view firmly held by Peter Craddock, an independent consultant who holds a part-time role at the FCA and is also an IoD Chartered Director, and who believes that the debate about ownership here is “a bit of a red herring”. His experience as a former senior executive at a mutual, a private equity-backed company and a PLC means he has worked within a number of different ownership structures. He observes: “Ownership is academic – mutuals are still beholden to the same high standards of corporate governance as PLCs or private equity-owned businesses. What matters is the quality of the individuals that are appointed to sit round the table. The nominations committee must ensure it selects individuals who have the right mix of skills, experience and know-how to deliver results. “The board doesn’t have to be large, or it can become a talking shop. But it has to be the correct blend of talents and experience to make it a good forum for decision-making. “Accountability to members can be very robustly catered for, as it is for shareholders, through the AGM and regular communication, as well as via a members’ council.” These sentiments are borne out by the success of other mutuals not least Nationwide, which only a few months ago, reported a massive hike in first half profits of 162 per cent. Its achievements and the threat it poses to high street banks vindicates, it claims, its mutual model. While discussions continue to secure the future of the Co-op, the idea that the mutual may have had its day and is no longer relevant seems more than slightly wide of the mark. Ethical businesses, from internet start-ups to that stalwart John Lewis, are very much back in vogue, so why shouldn’t the idea of shared ownership within a professionally-run organisation, backed by values and principles, have a powerful resonance for business angels as well as for modern consumers? Dr. Roger Barker is Director of Corporate Governance and Professional Standards at the Institute of Directors. Image source