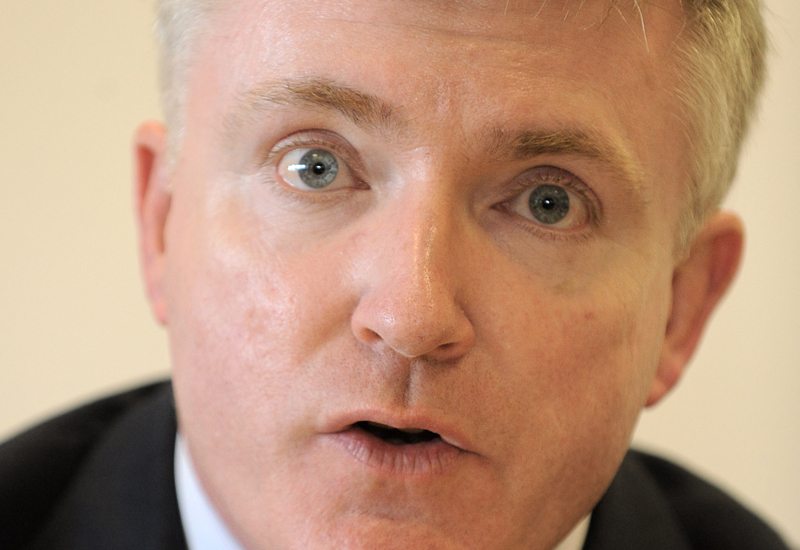 Mark Prisk, the Minister for Small Business and Enterprise, gives his predictions for the year ahead:

I hope to see the clouds of uncertainty in the finance system start to clear, so that businesses can do what many of them want to do which is to carry on and invest in growth. A lot of small businesses I’ve spoken to have said that they’ve got positive plans and their order books are robust, but they’re just unsure about the global financial situation, especially in the Eurozone. My wish would be to see that resolved. In terms of what I’m trying to do, I’m focused on how we can continue to increase the number of startups, which has shown good strength in 2011. But also to make it easier for people to grow through better information and advice, stemming the regulatory flow, making it easier to employ people, boost exports good, solid, practical things that will make a difference to people’s bottom line. We’ve already done a lot to try and help with costs such as getting the corporation tax rates down, extending small business rate relief, making sure that we were able to reverse the previous government’s payroll cost increases but on top of that, I’ve been focusing on the quality of information and advice that’s out there. Next year, we’re going to take the improved Business Link service and move it so we can target it on startups and growing businesses, as two separate groups. I want to make sure that we can modernise the service online, so that people have the information they need, when they need, and where they need it.

What help will you give to Britain’s fast-growth businesses?

There are several new programmes to announce for helping growing businesses, which we’ll say more about in January. But I can tell you there are two aspects we’ve been looking at in particular: how do we help the mid-sized businesses and how do we really help those gazelle businesses that have great potential, but have sometimes under performed. NESTA has spoken of 6,000 of these, but perhaps there are more of them. But we think that to build on the mentoring foundations that we’ve put in place, we want to look at how we can strengthen a more intensive coaching regime we’ll have more to say in January. Otherwise, we also want to build on the health of business angels, the new seed investment scheme, the improvement with mentoring and the finance fitness campaign. It’s tough out there. Credit is still tight, and we want to make sure that we’ve got schemes in place to unlock some of that.

Despite all the uncertainty in the market, I will remember 2011 for seeing the British motor industry be revived, strengthened and see its investment and exports grow. That’s been really exciting because it’s an industry where we’ve got some real world-class businesses small, medium and large. The fact that we’ve seen huge investment and support is a really good sign for the long term. It’s about rebalancing the economy, it’s about innovation and quality. That’s been one of the most encouraging signs of the last year.

It will be quite varied, but I suspect that we’re going to hear a lot more from the creative sphere. If you look at the number of startups, what is encouraging is that our IT businesses aren’t just about IT they’re about content, and that leads across to the natural creativity we have in the UK. The creative sector will be one to watch not least given the fact that we’ve got the Diamond Jubilee of Her Majesty in the summer, and the excitement of the Olympics at the end of the summer. Some of the businesses in that sphere will flourish.

What are your New Year’s resolutions for next year?

Get slimmer, work faster, drink less! Real Business will be running the “My 2012” series for the next month, bringing you top entrepreneurs’ views and predictions of the year ahead.