I’ll remember 2011 for… the launch of our new Therapy range in our product company, Label M. The Therapy range helps keeps your hair young. It’s been absolutely tremendous for us, helping us grow the company by 60 per cent this year and expanding all over the world. I’ve always been a hairdresser and previously had another product company that was sold for hundreds of millions – to do it again for a second time would put me over the moon.

2012 will be great because… of our international expansion plans. We’re focusing on China, India and Indonesia, and they are going to be a huge success. We’ve got 25 franchise salons in China so far, but in the next five years we could easily achieve up to 300 more. We’re ready to take it to the next level. India isn’t as advanced or as fast as China, but there is great opportunity. Indonesia will be the big surprise to everyone, but it won’t be a surprise to me. It has a big population that is looking to expand and better themselves, so it’s a big opportunity for us.

The next big thing for 2012 is… All Things To All Men, a thriller film. It’s based on a real cop and is a real thriller. There are two cops. One is the unpenetrable, strong copy played by Gabriel Byrne, and they can’t get to him, so they go for his son, played by my own son, Pierre Mascolo. It shows the real London and has a great cast, including Julian Sands, Elsa Pataky and Toby Stevens. The script is very good and you’ll hear a lot of it next year. I’ve even got a little cameo myself, sitting in the background of a restaurant. Look out for me!

The one thing that would help me grow my business in 2012 is… more support from the government and the banks. More than anything else, they have to find a way to allow people to borrow more money. Franchisees are finding it so difficult. The banks need to be more supportive. Maybe the government could offer preferential startup incentives, which would go down very well. Not just for us, but for any new business. That could help.

My New Year’s resolution for 2012 is… to strengthen the company so that I don’t have to make any redundancies. I want to give all of my staff security of employment. I’m doing everything I can do to do that. 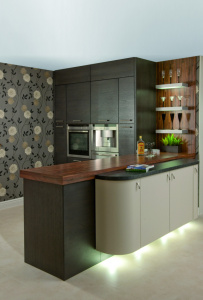 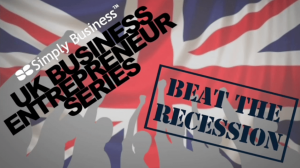 Be a successful entrepreneur during recession: Shannon McNab