Well! What a lot of fuss there was on Twitter this week after I revealed the results of my Freedom of Information request about the cost of UKTI’s Tech City UK website. (To spare my blood pressure, I didn’t put in a request for the total cost of the Tech City project, though readers are of course free to do so.)

The response was extraordinary, with agencies, web designers, startup founders and journalists alike flabbergasted to discover that the total cost of a site clearly not fit for purpose was in excess of £50,000.

Is this the most expensive WordPress theme in history? Is the site running on gold-plated servers? Those were some of the questions circulating yesterday, as eagle-eyed readers identified the agency responsible as Creativeworks, an agency with little experience designing websites.

According to UKTI, £37,000 of taxpayers’ money has been spent on “website development and hosting” for the WordPress-powered site, which has been forensically examined over the past few days. £6,756 has been spent on security and penetration testing (this, at least, is a fairly understandable expense for a Government website, though I am told, given its straightforward architecture, that the price is probably excessive).

Most shockingly of all, however, £9,595 has been spent on content – content so ostentatiously risible and inadequate that it has become the subject of widespread mockery.

“How embarrassing. The menu items are actually images! Like off of 1995,” wrote one mischievous respondent on Twitter. Dave Lee, a freelance journalist for the BBC and Sky, wasn’t much kinder about the text: “[It] reads like one of those god-awful yoof campaign sites for sexual health awareness or similar. Dire.”

Luke Scheybeler, a creative director and designer, offered the following feedback: “The problem is that it’s not clear what the site is for or how it can help business in any way.” Dan Barker, an online marketing veteran, agreed, calling the site “[a] classic case of building a site without a firm objective”.

Simon Dickson, a WordPress and e-government expert, felt so strongly about it that he published a blog post about the news, which asks some tough but pertinent questions about how the site came to be commissioned. I won’t get into those, but it is worth reading the post, along with this tweet from entrepreneur and investor Jack Gavigan, if you’re interested in how it was that so much money came to be spent on so little.

But enough of that. I’ve been wondering over the past few days how best to react myself, beyond a bit of teasing on Twitter. Should I package up the tweets, blog posts and emails I’ve received and send them to the chief executive of Tech City’s Investment Organisation, Eric van der Kleij, for his consideration? Probably not worth it: I expect none of it will be news to him.

Should I continue to take the mickey out of the inadequacies of the site? No: that’s not constructive, and what we’re trying to achieve here is dialogue and improvement.

So here’s what I’ve decided to do. Firstly, my offer to Mr van der Kleij, which he graciously and enthusiastically accepted, to help fix the hilariously misjudged copy on the site, stands. (I was criticized for this offer by some, who used the words “turd” and “polishing”, but my view is that as best a situation as possible ought to be made out of money already spent.)

Secondly, I have purchased twelve copies of Eric Ries’s brilliant book The Lean Startup – one for each member of the Tech City team. The team need only send me their office address to receive this gift, which I have elected to wrap in shoestring, rather than ribbon, as a reminder of how offensive it is to struggling entrepreneurs for UKTI to be throwing around tax money on such execrable initiatives. Perhaps in future, now they’ve had a glimpse into the minds of the people we might call their customers, the team will think a little more carefully about how they spend public money.

I also hope that, while reading, the team will come to understand why people are so shocked at their profligacy, and at the incredulity with which their public responses, which demonstrate no grasp of value for money (and, it must be said, no self-awareness either), are greeted. Because, you see, it isn’t good enough to bleat on about the inefficiencies of government procurement when you’re supposed to be representing bootstrapping entrepreneurs, to whom £50,000 represents a life-saving angel investment.

Finally, I hope that Mr van der Kleij takes more care in future in selecting his employees and contractors. In the words of one tweeter yesterday, “I don’t mind the cost of [the website] … I mind it being dull – a bad job of representing tech and creativity in London.”

So come on, UKTI. Take this as a challenge. If you must spend large sums of our cash, do it a bit more intelligently from now on.

And do enjoy the book. 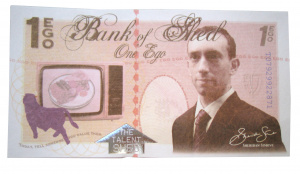 The best business card in the world? 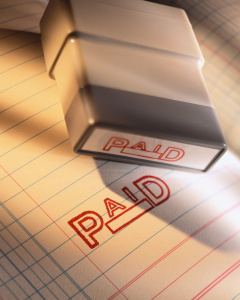