There can be nothing more tedious than business dinners which drag on for ages and have long speeches in an over-heated room.

In April 1997, I was invited to a Business in the Community dinner for a national charity and found myself sitting at the very back of the room with some colleagues and contacts.

The guest speaker was Lord Alexander, then chairman of NatWest Bank, who decided to give a speech that night to explain to 200 people in the Banqueting House, Whitehall the advantages and disadvantages to the UK economy of joining the Euro.

At that time, there was a real possibility that we might join and very few of us really understood what this entailed. To my great surprise it actually proved to be an interesting speech.

The late Lord Alexander was so eloquent that he managed to explain a complicated subject in a way that even I finally understood the true pros and cons for the first time. Nonetheless, it wasn’t my absolute top of my list of how to spend a warm evening and as he sat down I started to work out my exit route as discreetly as possible.

To my horror, the evening looked like being stretched even further as someone stood up and announced they had decided to make a businessman of the year award, based on soundings they had taken from a number of people in the business community and on a whole series of factors which sounded so mind-numbingly boring that I started slinking my way out of the room as it was announced that the recipient of the award was… Howard Leigh.

Somewhat embarrassingly, I came back into the room and went up to the platform to accept the award from Lord Alexander, at which point I was invited to make a short speech.

I can’t remember what I said on the night but I do remember going back to the table and sitting down to be congratulated. One colleague, who had just announced that she was leaving Cavendish to join Lazard and, I couldn’t help notice, seemed to be impressed by my winning the award. It seemed fitting to go out and celebrate afterwards.

It was less than a year later that we were married…

Howard Leigh is founder of Cavendish, the corporate finance business that in 2013 celebrates its 25th anniversary.

Why not give yourself the chance of a “high point” in business by entering the 2013 Growing Business Awards, in association with Lloyds Banking Group?

Created by Real Business and the CBI, the awards are the most important recognition of excellence among UK growing businesses and entrepreneurs. The deadline is end-August 2013. 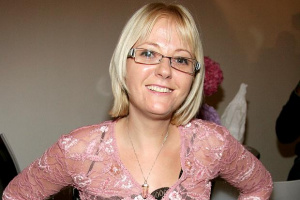 The Office’s Julie Fernandez on starting her own business 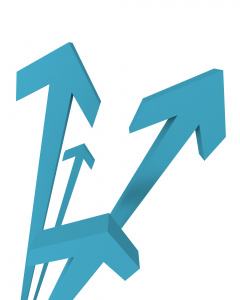 How to master the art of scaling-up your company