McCartney is the founder of MacRebur – a company that aims to clean up the environment with a venture that does good while making a profit simultaneously. With a patented process, the business is able to recycle waste plastics, converting them into tarmac to construct new roads.

With sales to the government on the agenda, McCartney will also be doing his best to pitch the business to idol Richard Branson on Tueday 28 June, showcasing his venture to the Virgin boss and a judging panel at the £1m VOOM competition finale from Virgin Media Business.

Sector and company description: MacRebur, The Plastic Roads Company, is an innovative business which uses a patented method and recipe to produce new road asphalt out of waste plastic.

(1) What was your inspiration for launching the business?

I decided to take matters into my own hands and solve the pothole problem we have in UK. I also wanted to clean up the plastic waste we have around the world.

I remember attending my little girl’s school assembly on ‘things that live in the ocean’. The kids were asked the question ‘What lives in the ocean?’ Some of the kids put their hand up and said ‘sharks’ and ‘whales’ and ‘turtles’, but when my little girl was asked she said ‘plastic’.

The teacher laughed and told her that ‘plastic doesn’t live in the ocean’. But my little girl was right – she has seen more plastic in the ocean than she’s seen sharks, whales or turtles. I want to change that in her future. I don’t want her growing up in a world where there is more plastic in our oceans than wildlife.

The inspiration behind my business is to see the world’s problems as potential solutions to other problems. I want to use up the millions of tonnes of waste plastics sent to landfill sites and dumped onto our oceans every year, and reduce the costly maintenance bills our councils face on our roads with the ever increasing number of potholes.

(2) Who are your target customers?

We sell our longer lasting, stronger, cheaper road materials to councils, government and into the private sector.

(3) What prompted you to take part in VOOM this year?

Sir Richard Branson and the Virgin Media Business team inspire me. A good friend of mine sent me the link saying ‘This is the competition for you…’. I remember watching the competition last year and wondered whether we would be good enough to compete.

(4) How did you find the Pitchathon, and what did you do to prepare?

To prepare I wanted to make my three- minute pitch as memorable as possible. I practiced over and over again to keep within the three-minute slot. It was intense.

(5) Prior to that, what was your experience of pitching?

I’ve never pitched as a business before so it was a new experience for me.

(6) What did you learn from the event?

I’ve learned so much. In fact, that’s been one of the best bits for me – the learning. I’ve learned a great deal about my business and myself, all of which are invaluable for the future of my company.

(7) Why do you think you got through to the semi-finals?

I really believe in our businesses and I think the judges could see that in me and the passion I have for the success of MacRebur. As the business grows, so too does the impact we can make environmentally and socially. It would be hard not to like such a win win.

(8) What went through your head when you were told you had made it to the grand final?

I cried. I have followed Sir Richard Branson for most of my life after writing to him 30 years ago when I was just nine. I dug out the letter he wrote back to me and haven’t stopped saying “I can’t believe it, I can’t believe it.” For me this is such a huge opportunity to create a legacy for my kids and I can’t stop thinking about that.

(9) You’re going to pitch to Richard Branson – what will you do to ensure you impress him and the other judges to win?

I’m going to do what I believe he might do – be myself. I’m going to show him and the other judges how passionate I am to win.

(10) Should you be victorious, what’s the big ambition for the company over the next year and then five years?

Next year will see us roll our model out to all local councils, while building and training an impressive sales and marketing team. In five years I will see MacRebur in an international market.

From 3,000 entrants, these are the six SMEs chosen to pitch to Richard Branson at the £1m VOOM 2016 finale. 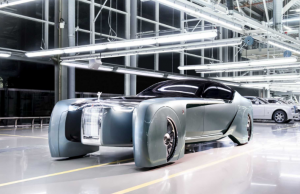 Need a lift? Rolls-Royce has “defined the future of luxury mobility” with concept car 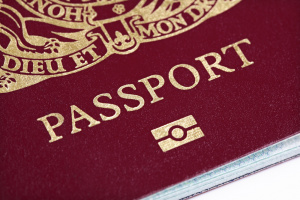 A growing company’s story of expanding a brand overseas