It transpires that the sales department had been unsettled by his ongoing indecision over the past few weeks, so his departure is probably better for everyone in the long run.

It does, however, put much more pressure on me to get the other three members of the team (with whom I am delighted) up, running and selling as fast as practically possible. In terms of our “rebuild and expand” plan for the whole company, we’re running on schedule in all but two areas – this being one of them. I’m determined that the sales area (the one in which I am most qualified) is not going to be the cause of us not delivering.

Spent part of Sunday talking to my son, who has just spent three days (alone) in the “warzone” of Bangkok. Apparently, the army has now cut off electricity and water to the camp that now occupies a huge area of the city centre, and has a deadline of tomorrow afternoon (our time) during which they are hoping that women and children will get out prior to the blood bath. As I spoke, he was holed up in a hostel, a street away from the main barricade, trying to keep calm and positive before making a run for the airport. Am waiting to hear that a) he made it to the airport, and b) there are flights out. His next stop is China and some of the Asian airlines have been the first to cancel flights.

Puts the issues with my sales team into perspective, that’s for sure.

First reactions to the cabinet 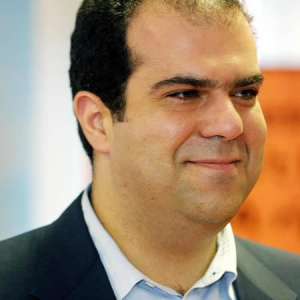 Charlie Mullins on Stelios, the deficit and foreign aid