Skip to content
News
Share via
The purchase of Hailo by mytaxi, for an undisclosed fee, brought to an end a troubling period for Hailo which started with its retreat from its North American operations, grew with the laying off of staff and ended with the deal. According to an interview with TechCrunch, Hailo was in the market for more funding to add to the $100m it had already raised across four rounds when Daimler-owned mytaxi made an approach. While myTaxi operated in Germany, Australia, Italy, Poland, Portugal and Sweden, Hailo had the UK and Ireland market. Now, nearly ten months after the acquisition, myTaxi has brought to an end the Hailo branding and officially launched. In 2014, mytaxi was itself snapped up by German car manufacturer Daimler at the same time as ride-sharing service car2go. Andrew Pinnington, who used to head up Hailo before becoming CEO of mytaxi as part of the deal, said the new focus will be on combining knowledge of what its customers need with real-time data to help passengers move freely within the cities serviced. ?We look to work in harmony with our drivers, and the cities and countries in which we operate to facilitate better movement in challenging and congested urban environments,” he added. Hailo gained exposure for its position in supporting the efforts of London’s black cab drivers, who have frequently protested since Uber began operating in the capital due to its perceived lack of regulation. While Uber brought new cars and drivers onto the road, Hailo provided a layer of technology to increase the amount of people using black cabs and make the payment process smoother. 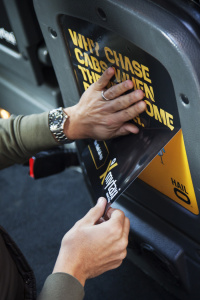 The consolidation move has come as black cab and taxi booking platforms struggle to compete against market leader Uber, with statistics garnered by The Telegraph showing that Uber billed in excess of £100m in UK fares in 2015. The mytaxi offering was first launched in 2009, in the same year that Uber founded in California. Over the next eight years, mytaxi has had over ten million downloads of its app and has 100,000 registered drivers across 50 cities in ten countries. Andy Jones, mytaxi’s general manager for the UK, said: ?We re thrilled that, following a lot of hard work over the last few months to migrate drivers and passengers across from the Hailo app, mytaxi has now officially launched in London.